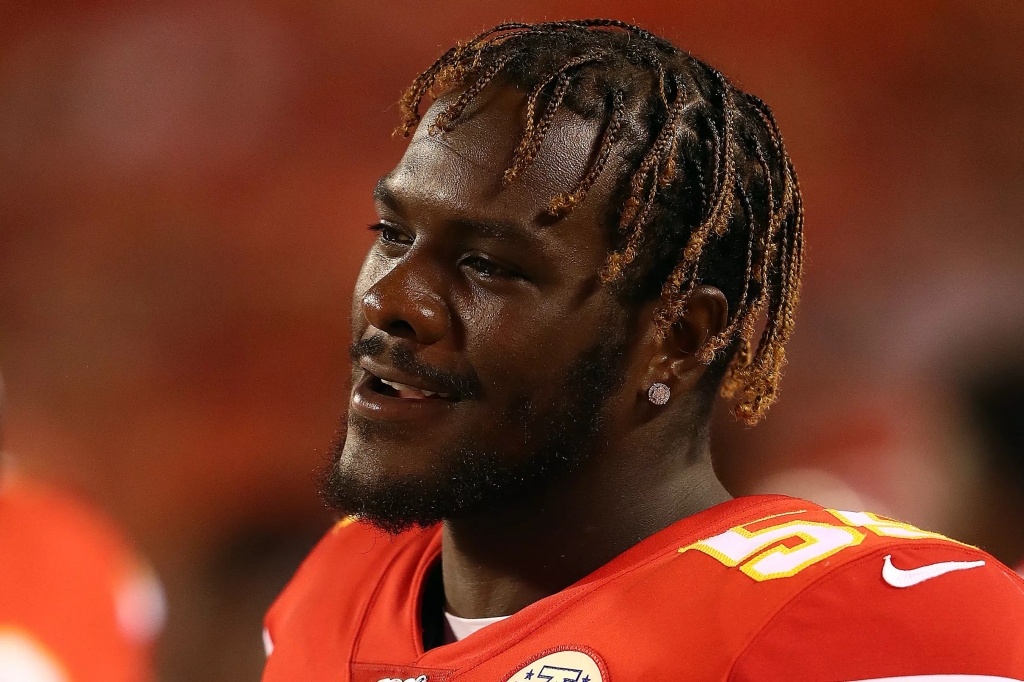 The Kansas City Chiefs are hoping the 2022 NFL season ends better than the 2021 season did. For the fourth straight season KC hosted the AFC Championship game losing in overtime to the Cincinnati Bengals in a game they led 21-3 at halftime. A huge reason why the KC was unable to hold that huge lead and advance to it’s third consecutive Super Bowl, was a porous defense that hasn’t ever really been great during their four-year run to AFC title games and Super Bowls. One player who must play better is edge rusher Frank Clark, who’s accumulated just 18.5 sacks over the last three seasons, including just (4.5)last season.

Clark knows he’s gotta be better and in order to do so he’s giving up his libation consumption. During his 2021 season exit interview the former Michigan Wolverines star told head coach Andy Reid his play wasn’t up to par.

During a media session following Saturday’s practice the loquacious Clark had a lot to say, and it was based on changes he’s made to ensure himself of a better 2022 season.

Those 4.5 sacks were the lowest since his rookie year with the Seattle Seahawks. Clark has decided to stop eating red meat and drinking alcohol.

Clark elaborated on his biggest change, which is cutting out his libation intake. Alcohol slows you down and even for a world-class athlete too much of anything can be bad.

Clark needs to step-up after signing that five-year, $105 million extension in 2019, his play has dipped considerably.

Another reason why cutting the drinking out of his diet is vital, is because the chronic stomach issues he once had reappeared.

“It was February when I was sick, having stomach problems and gastrointestinal problems. I haven’t had any issues since I stopped drinking liquor, and it kind of started making more sense.

Clark Says It Was Time To Grow Up: Chiefs Defense Is Poised To Be Really Good

Clark also that he needs to grow up and be more accountable, which means changing his habits. Drinking seems to be the biggest hurdle for Clark, based on how explained it’s been something he’s done since college.

“At some point you’ve got to grow up. I’ve got three kids. I’ve got kids looking at me every day, my 6-year-old daughter looking at daddy to make the right decisions. I can’t afford to be nowhere drunk, nowhere missing days, missing anything important. I’ve got too many important things coming up in my life.”

Clark is correct and after trading star wide receiver Tyreek Hill to the Dolphins, KC will be looking to lean on their defense a bit more than in the past. Clark along with his edge rush partners of rookie George Karlaftis (Purdue) and veteran Carlos Dunlap (96 career sacks) will be asked to help slowdown a much more loaded and deep AFC West. Dunlap is a consummate pro who’s always gonna show up, and Karlaftis has all the tools to be special. Both should help Clark regain his mojo so to speak. Throw-in  All-Pro defensive tackle Chris Jones, and this could be the best defense Andy Reid has fielded during his 10-year tenure in BBQ land.