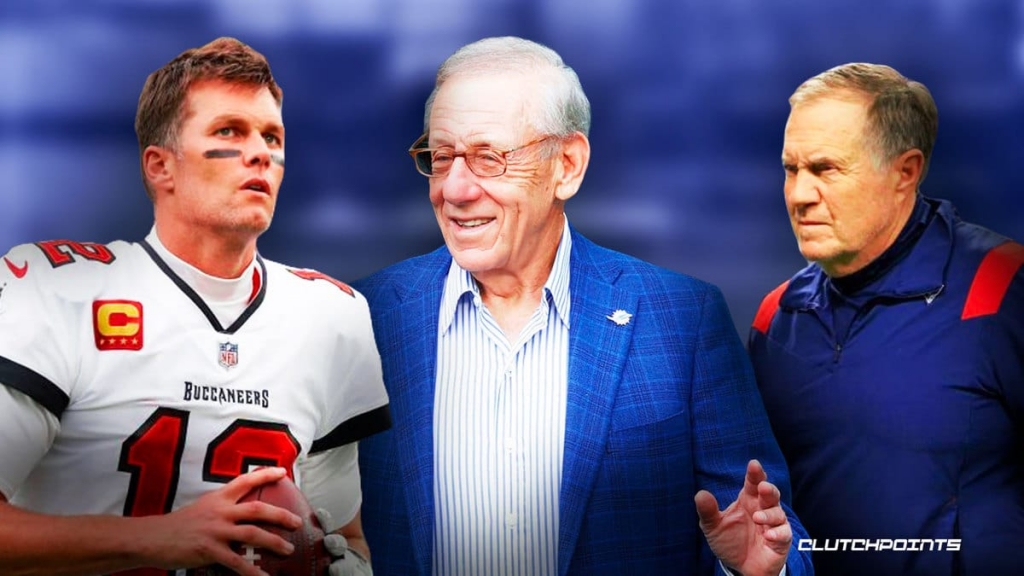 Fast forward to 2022, and even with going on his third season in Tampa, he’s still sticking it to the Dolphins. This week the NFL levied down the punishment for the Dolphins engaging in talks with Brady while still under contract with the Patriots in 2019 and again in 2021 while he was with the Buccaneers. Brady is now at the center of all three voided first-round draft picks in league history.

“The Dolphins had impermissible contact with quarterback Tom Brady in 2019-20, while he was under contract with the New England Patriots. Those communications began as early as August 2019 and continued through the 2019 season and preseason.”

“These numerous and detailed discussions were conducted by Mr. Beal, who in return kept Mr. Ross and other Dolphins executives informed of his discussions with Mr. Brady.”

“The Dolphins again had impermissible communications with both Mr. Brady and his agent during and after the 2021 season, while he was under contract to the Tampa Bay Buccaneers.

“Those discussions began no later than early December 2021, and focused on Mr. Brady becoming a limited partner of the Dolphins and possibly serving as a football executive, although, at times, they also included the possibility of his playing for the Dolphins. Both Ross and Beal were active in participants in these conversations.”

Brady’s last season in NE happened to be 2019. And before he halted his 44-day retirement this offseason 2021 was to be his last season in the NFL. That changed and now the Dolphins who had no business talking to him are out of a draft pick.

Belichick’s Text Helped Open Up A Whole Can Of Dirty Discriminatory Play:

When the New York Giants decided to hire Buffalo Bills offensive coordinator Brian Daboll, over the recently fired Dolphins head coach Brian Flores, things began to unravel. Flores has been relieved of his duties in Miami for not following orders from owner Stephen Ross. Orders which included tanking to secure a higher draft pick and pressure to recruit Tom Brady whom Flores had a great relationship with from their time together in New England.

The texts Belichick sent were congratulating Brian Daboll for getting the Giants job, but it went to the wrong Brian. Flores, now knew he was only interviewed to satisfy the league-mandated Rooney Rule, and Belichick had just spilled the beans. Promoting Flores to tell all in his lawsuit against the Dolphins, Giants and the NFL.

While Belichick says his tweet was meant for Daboll, isn’t it ironic that he got his two former employees mixed up and it helped hurt a team in his division?

That along with Brady’s involvement has been the norm for those two at the very center of scandal throughout their reign on top together and now apart.

Should Brady Be Suspended?

Since Brady willingly engaged in these various conversations one has to wonder should be suspended and or fined as well? He knew what he was doing and the ramifications if it got, but yet and still he continued for the better part of two seasons to engage in those talks. On Wednesday he turned 45, the league should reprimand him as a birthday gift, but they’re too focused on sticking it to Deshaun Watson.