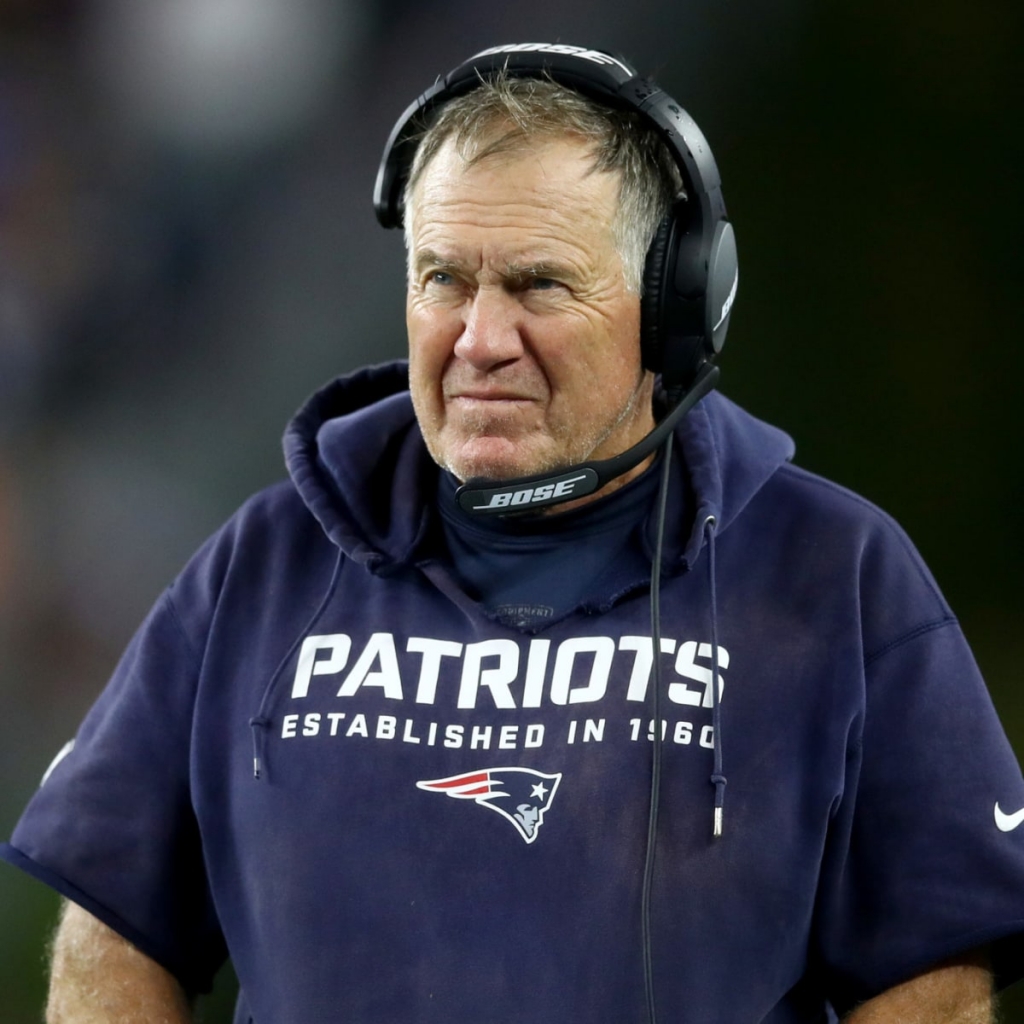 The fantasy football craze which has taken over as it pertains to fans, doesn’t do anything for New England Patriots head coach Bill Belichick. Fans are enamored with drafting and trading players, making them believe they’re really building a team and winning or losing because of their moves. But don’t tell to the curmudgeonly Belichick, who says he pretty much could care less and he’s worried about winning games. During Thursday’s post practice presser, Belichick was asked about fantasy football from a young reporter.

“My friends and I watch a lot of football, more than our moms would like, and we’re obsessed with fantasy football. Even though you don’t like, you don’t play, do you think it’s good or bad for the NFL?”

Belichick gave what we’ve known to be a typical Belichick answer, with very little enthusiasm.

“Honestly, I don’t really have any opinion on that because fantasy football doesn’t mean anything to me. We’re just trying to win games  out here, so I don’t know who’s hot, who’s not, who wins, who doesn’t. I don’t really cater about that. I just care about whether we win. So yeah have fun with that.”

He did smurk a little but seemed a bit uncomfortable answering the question.

Belichick Isn’t The Guy To Ask About Fantasy Football:

For anyone to ask Belichick about something as irrelevant as fantasy football is funny. But it was a young reporter so he gets a bit of a pass. This is the same guy who had his QB throw three passes in an entire game last season against the division rival Bills. Those  aren’t exactly numbers or stats that help you win at fantasy football. And while Belichick is one who’s shown time and time again he’ll adapt his schemes weekly to beat teams, he’s still an old-school coach at heart. For him fantasy football wouldn’t be fun, as he’s the Patriots final say on personnel decisions, so in his line of work there isn’t anything fantasy about it.

Now he’s having to do it without Tom Brady whom he won six Super Bowls with, and in two seasons the results have been mixed.

Belichick Does Have His QB Of The Future: Mac Jones Probably Plays FF

Second-year QB Mac Jones stepped in as a rookie last season and led the Patriots to ten wins and a playoff appearance. He also led all

rookie QBs in yards and touchdowns. Jones showed marked improvement throughout the entire season and seems primed for a huge second season. Belichick has raved about his QBs readiness and leadership. He says he sees “dramatic improvement,” with him in many different areas.

“I think Mac’s done a great job. He’s worked extremely hard. He’s got a tremendous work ethic in all areas. I think there’s a dramatic improvement. His physical work and conditioning, working on his mechanics, working on his footwork, working on his understanding of our offense, of opposing defenses, of situations, of those things.”

After a year under Josh McDaniels, who left to become the Las Vegas Raiders head coach, Jones will probably have some real say so in the offense. Belichick has yet to name a coordinator, but all signs point to former Patriots defensive coordinator Matt Patricia will call plays. Only Belichick would have a former defensive coordinator call offensive plays. Now you why he hates fantasy football.