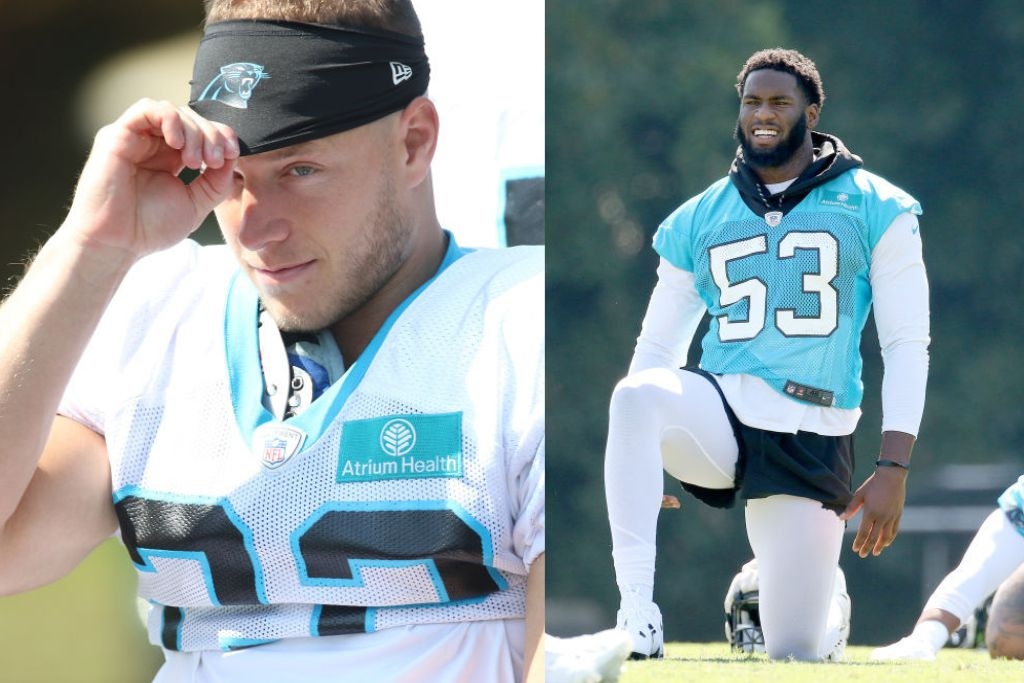 The Carolina Panthers are currently in training camp, and waiting to see which quarterback between the incumbent Sam Darnold and newcomer Baker Mayfield is gonna step up and be the team’s starting quarterback in 2022. One player who could help both is running back Christian McCaffrey who after three great seasons where he didn’t miss a single game to begin his NFL career, has begun to get the label of injury prone. The former Stanford Cardinals star has played in just ten games the last two seasons, and as a result the team has struggled mightily.

Per reports “Run CMC” has looked spry and healthy during training camp which is a welcomed sight for head coach Matt Rhule who’s in a do-or-die type situation as the team’s leader. As McCaffrey began to answer questions in an interview he was interrupted by the team’s star defensive lineman Brian Burns, who was posing as a reporter.

“What’s your name? Where you from? What network?

“That wasn’t my question, I wanna know how it is going against Brian Burns? Or “BB Love,” his made up reporter name.

“Brian Burns is such a good football player.”

McCaffrey Calls Teammate Weird Off The Field: But Special On It

As part of the ribbing, McCaffrey went on to call the Florida State Seminoles star a bit weird  when he’s not playing, and a special talent when he’s on the field.

One could argue “Run CMC” and “BB Love,” are the two most important pieces to the Panthers team in 2022. If both are healthy and they can get some average QB play they could contend for a wildcard spot in the NFC.

Burns was a first-round pick from Florida State in 2019, and last year the light seem to come on for the relentless edge rusher. His nine sacks were a career-high. He also forced three fumbles and tallied 18 quarterback hits. After three seasons of at least 7.5 sacks, the Panthers wanna see Burns take the next step and become the gamewrecker he’s capable of being on a weekly basis.

If he can it bodes well for the team and embattled head coach Matt Rhule who’s probably on the hottest seat in the league.