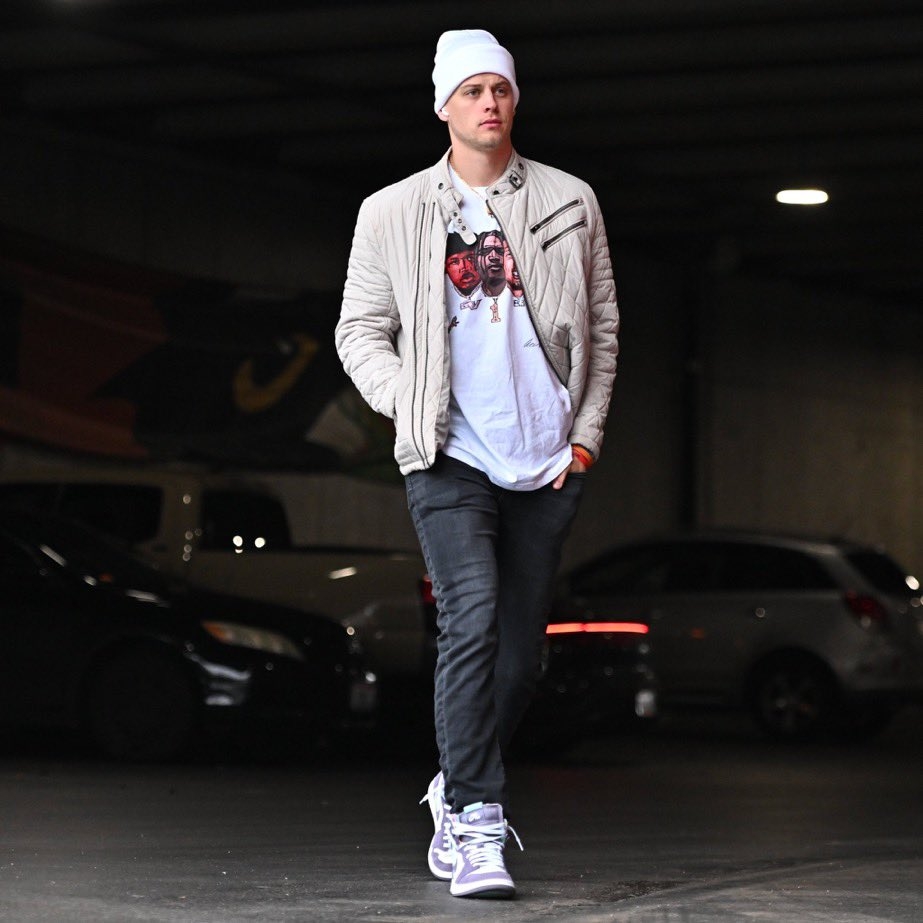 The Cincinnati Bengals came up just a few yards short in their bid to win the Super Bowl. The fact that they made the SB was improbable to say the least. For a team many picked to win between six to seven games at best, to go out and win their division and host a playoff game, was considered a huge jump. But not only did the Bengals do that, they also went on the road and beat the AFC’s top two seeds (Tennessee and Kansas City) to make the Super Bowl. None of that would’ve been possible without our quarterback Joe Burrow the 2020 No.1 overall pick, and their talented trio of pass catchers in Ja’Marr Chase, Tee Higgins and Tyler Boyd.

The talented trio was just featured on “The Pivot” Podcast, NFL Training Camp Tour. During the interview they were asked about Burrow who’s part star quarterback and part homebody. And how his on field play has earned him the nickname “Joe Cool.” Chase played with Burrow in college and knew what type of leader he was getting before being arriving as the two helped lead the LSU Tigers to the 2019 CFP national championship. But for Boyd and Higgins that wasn’t the case, but both expounded on how he impressed them from the jump.

Higgins has this to say about Burrow …

“He’s that cool, relaxed dude. He don’t really come out of the house, so you got to go to if you wanna kick it with him. But sometimes, he be like y’all wanna go to dinner? Me and Joe, we cool.”

Boyd then chimed in …

“When he came, I knew we had someone who could lead the team right away. Not to take anything away from Andy Dalton, but I wanted to connect on a level of how he sees a defense structure and how he wants to maneuver around in certain landmarks and certain positions. Once we got that down pat, I could read his mind, knowing where he wanted me to  be at the right time.”

Chase piggybacked those same sentiments, pretty much saying as long as they continue to build on last season’s success they’ll be fine.

“We expect to win every game we play. That’s the standard. I hold them accountable, just like they hold me accountable. Even though he’s the oldest (Boyd), we both get on each other, so it’s just holding everybody accountable and pushing each other the right way. Everybody wants to win.


Trio Talks About Toughest Cornerbacks To Go Against:

Co-host and former NFL player Ryan Clark did his best to get the trio to say how they expected to finish this season. While Boyd and Chase refrained from answering, Higgins the former Clemson Tigers star spoke up and let it be known, it’s Super Bowl win this time around.

In all the Bengals have high expectations in an even tougher AFC conference. But they did upgrade their porous offensive line and add some quality depth for their defense. One key situation that needs to be rectified is former All-Pro safety Jesse Bates,  who’s holding out for a new deal. He’s yet to sign his franchise tender, after the team placed the franchise tag on him in March.