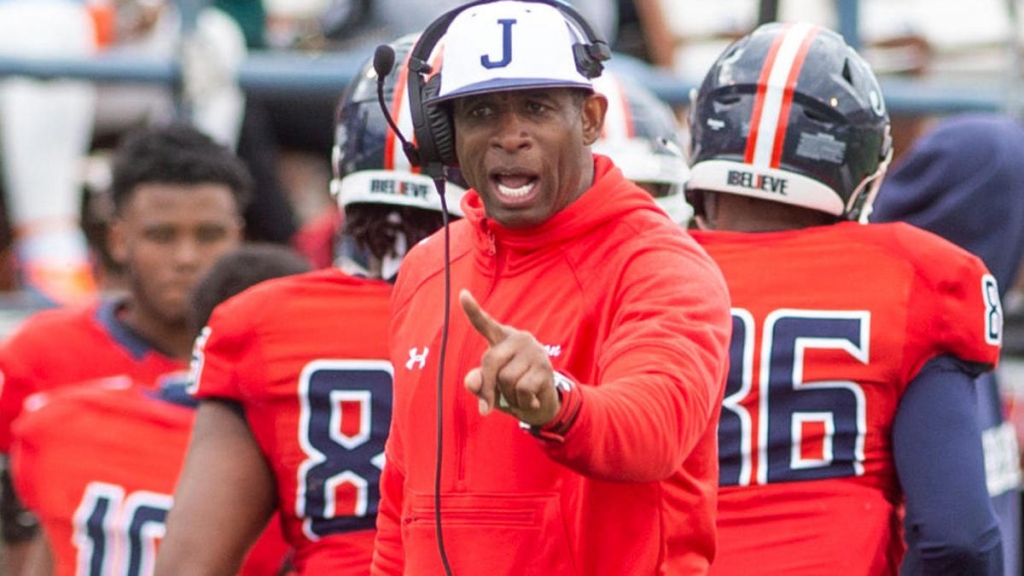 As fall camp kicked off at Jackson State, head coach and Pro Football Hall of Famer, Deion Sanders had a simple message for his reigning 2021 SWAC champions. The message that rang loud and clear throughout the newly-renovated Walter Payton Athletic Facility, was be the best version of yourself, that’s it and that’s all. Sanders is doing what we coaches call preventative damage control with a statement like that. After the success the program saw in 2021, he wants to make sure players come in and in the words of New England Patriots head coach Bill Belichick, “do their job.”

With the heightened visibility that JSU now has  there are NFL scouts roaming our practice facilities daily, and Sanders wants to make sure players aren’t trying to do things they’re not use to doing looking to impress the next level guys. In a pre-practice team meeting Sanders spoke at length about just that.

Sanders is telling his players to do what they need to do to be successful. And If they do the scouts will find you. But don’t do things you’re not capable of doing, therefore hurting the team’s continuity and chemistry, but also your professional opportunities.

Sanders Breaks Down Exactly What He Means:

Sanders is known for giving “run through a wall for the coach” type speeches. As in the “It’s Time” speech he gave prior to the team taking the field for its 2021 season opener in the “Orange Blossom Classic” versus FAMU.

While this one wasn’t for a season opener against a conference foe, it set the precedent for fall camp and the season.

“If you’re a deep threat and you don’t move chains but Lord you can stretch the heck out of that defense, someone’s going to see value in you. Be that.”

Coach Prime is trying to keep his guys grounded because they’re no longer the hunters in the SWAC. After their 2021 success they’re now the big game on everybody’s schedule, meaning they can expect to get every opponent’s best shot.

Sanders Continually Challenges His Staff Not Just His Players:

As a coach Sanders knows you can’t expect just the players to abide by these things. For the position coaches it’s about teaching the techniques as they always have. The playcallers need to call the game as they normally would, point blank just be you and the rest will take care of itself. That even goes for Sanders who’s never gonna change, which for JSU is a great thing.

“But the key is, whoever you are, be that. I need to identify yourself, locate yourself and find yourself. And coaches we’ve got to do a great job of finding them ourselves.

“We don’t need you to be all things. There’s not a lot of kids in here that are all things. Some of you are going to develop.”

If the Tigers abide by this motto they’ll have a great shot at repeating as SWAC champions. And get another shot at that elusive Celebration Bowl title.