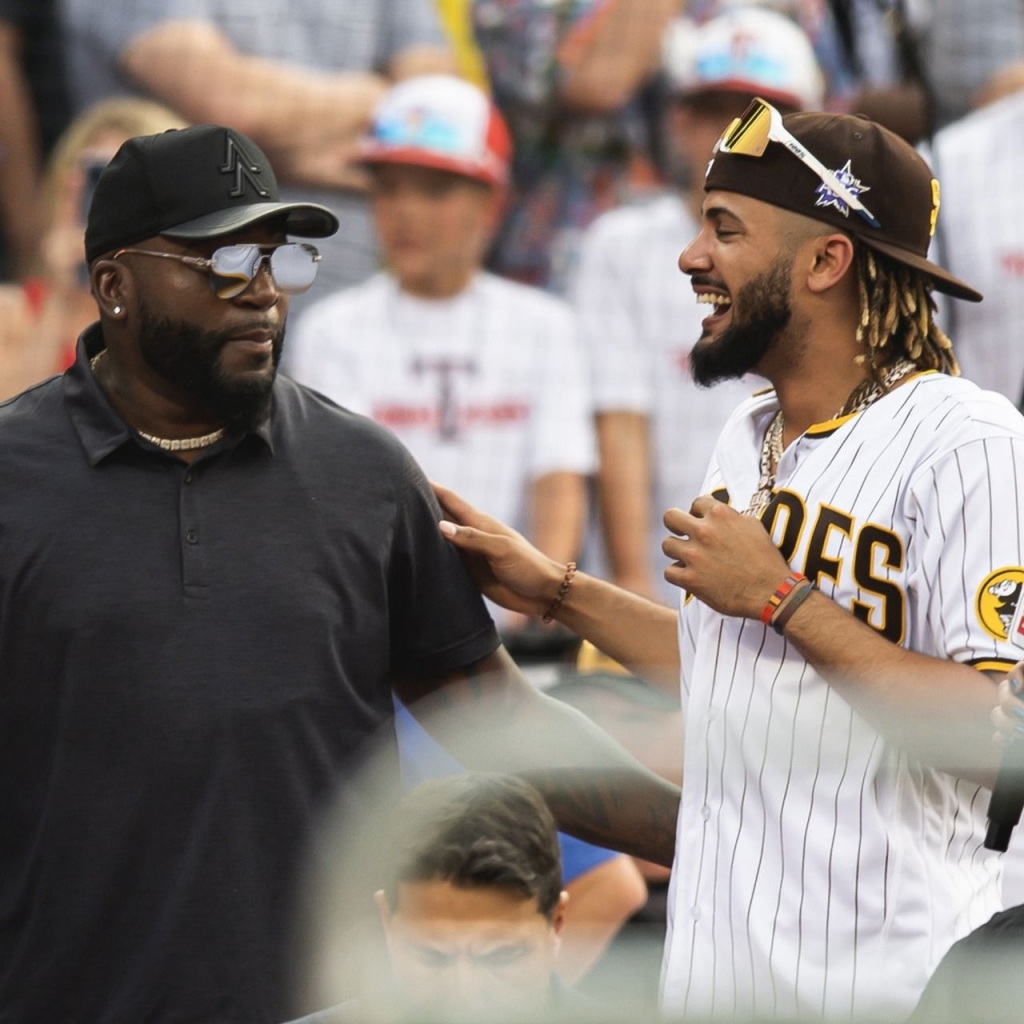 Following a great career which saw him become one of the most clutch hitters ever, former Boston Red Sox legend David “Big Papi” Ortiz was recently inducted in the Baseball Hall of Fame. Ortiz even got the nickname “Yankee Killer,” for all his big hits against archrival Yanks. Ortiz’s big hits helped lead the Red Sox to three World Series titles, including their memorable 2004 rally from down (0-3) to the Yankees to win the series in seven games. Ortiz was the catalyst of that remarkable and still not duplicated feat.

Following his retirement in 2013 the smooth hitting Ortiz, joined Fox as an analyst during the 2014 World Series and has continued to appear on the network since. While no one will

ever question Ortiz’s accomplishments, he was part of the more than 100 players to test positive for steroids during the 2003 season. Now that he’s bypassed the usual holdup for that infraction as it pertains to players getting into Cooperstown, the burly power hitting lefty  is speaking on San Diego Padres superstar Fernando Tatis Jr’s recent suspension for violating the league’s policy on performance enhancing drugs.

Ortiz Chimes In On Tatis Jr: A-Rod Does Too

“MLB needs to have some regulations before they made public news like the one that happened to Tatis Jr. I think they haven’t handled it this situation the right way. We can’t kill our product, we’re talking about an amazing player.”

What is Ortiz insinuating? Seems like he’s saying don’t tell the public that Tatis Jr, used abanned substance and has now been suspended. If that’s what he’s actually saying that’s a sad way to go about a situation that could’ve been avoided, if Tatis Jr, just check  what he’s using. I mean he’s being paid handsomely to do that, and he available for his team.

And maybe Ortiz should’ve followed the statement released by Alex Rodriguez, another player in the steroids era who tested positive.

“I wish a lot of these young players, who I admire so much, learned from my stupidity, and my debacle. It almost brings me to tears to see a kid like Tatis, who’s 23 years old, and for the rest of his career, he’s just gonna have to play it out. There’s probably no Hall of Fame.”

Rodriguez, can sympathize with Tatis Jr, because he was once him. A great hitting and fielding shortstop who was a shoe-in for the Hall of Fame, but steroids have halted any chance for him.

As for Papi he somehow wiggled his way in despite the steroids cloud hanging over his head.

Ortiz has long denied any wrongdoing. Testing began in 2003, and MLB Commissioner Rob Manfred confirmed that as many ten tests were returned by the players union due to being scientifically questionable, therefore in many ways absolving those in question of any cheating. But that perception didn’t change amongst many fans who’ve said it Papi gets in players like Roger Clemens and Barry Bonds should get in. But that hasn’t happened and Ortiz seems to be the only one from that era  to go unscathed in his efforts to make it to the pinnacle of the sport.

As for Tatis, this will be a black cloud that will hang over his career, but one thing we don’t need is David Ortiz trying to set new rules for how suspensions are handled as it pertains to PED’s.