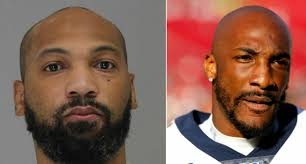 “They Don’t Laugh Things Off, It Gets Personal With Them” | Youth Football Officials Say Talib Brothers Not Fun To Be Around

Last weekend during a youth football game in Lancaster, Texas, a suburb about 30 miles outside of Dallas, a coach was shot and killed after an incident with opposing coaches. Mike Hickmon who played in the NFL for eight seasons was gunned down by Yaqub Talib, the brother of former NFL cornerback Aqib Talib. While many thought this was a one-time thing which is still one too many, others were quick to say this has been the Talib brothers “MO” at youth football games. They’re overly sensitive and aggressive, and are quick to become confrontational. That aggression cost a man his life in front of his son.

Dragon Elite Academy, is a youth program that’s faced off against teams coached by the Talib brothers. Their president Courtney Jackson talked about his interaction with the brothers over the years.

“If you’ve been around the youth football world you know the Talib guys don’t like to lose and they give everybody a hard time. I would call it rambunctious and overly aggressive. In the youth football world if somebody is crying about a call you might say stop whining or quit crying. They don’t laugh those things off. It gets personal with them.”

That seems to be what happened in this incident, per reports Aqib and his brother were berating a referee and Hickmon following a scrimmage. Things turned physical after Aqib threw a punch at Hickmon, and then Yaqub shot and killed him.

Following the shooting Aqib reportedly helped his brother get away. Soon after the tragedy, Aqib’s lawyer released a statement on behalf of his client, via TMZ Sports.

“Aqib was present when this unfortunate incident occurred and is very distraught and devastated over this terrible loss of life. He would like to convey his condolences to the family of the victim and to everyone who witnessed this unfortunate tragedy.”

Aqib’s lawyer was trying to soften the blow in advance but numerous reports state his client began the melee. After a manhunt for a few days Yaqub turned himself in.

With the loss of life, Hickmon’s family and friends want all parties involved brought to justice. Calvin Smith-McKinney a friend of Hickmon told reporters this.

“I honestly believe everyone that was attacking him should be at fault and held accountable.”

“He threw the first punch and you can see Hickmon trying to defend himself.”

Video shows Talib going across the field to confront the refs and Hickmon. And that’s where the incident began.

Another friend Lawrence Ellis had this to say about Hickmon and the Talib brothers.

“After seeing the video and how he was being pursued, I just don’t see how only one person can be charged in the matter.”

If Aqib started a fight that ended in another man’s death, even if he didn’t pull the trigger he should still be charged. Both he and his brother are guilty and at fault for Hickmon’s tragic death.