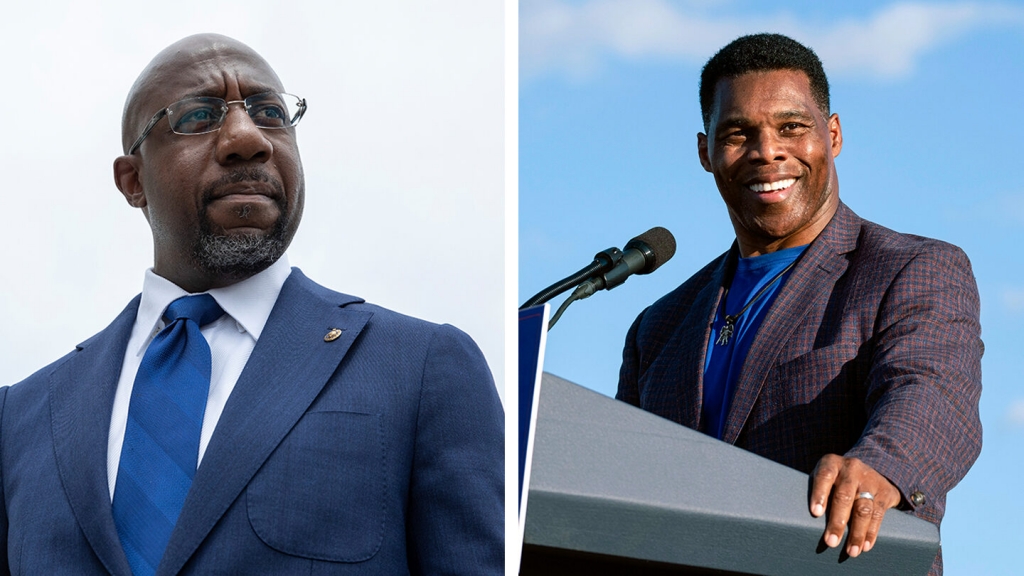 Herschel Walker Backs Out Of October Debate With Georgia Senator Sighting Sunday Night Football, But The Date Is A Thursday

Georgia Republican Senate candidate Herschel Walker continues to make headlines for all the wrong reasons. If he’s not trying to explain climate change, a topic he knows absolutely nothing about, he’s telling lies about his resume. And even about the amount of children he had, point blank Walker has looked like an incompetent candidate for the Georgia Senate seat, but yet in still here he is constantly putting his foot in his mouth. On Friday the former Heisman Trophy-winning running back told 13 WZAZ television that he had no plans to appear for an October 13th debate against incumbent Georgia state Senator Raphael Warnock, although he previously agreed to.

Walker sighted Sunday NFL football as his reasoning for not participating. But get this the debate is scheduled for a Thursday in Macon, GA.

“I’m not going to respond to anything because you know that’s not a debate, and you know that. You’ve got that are contributors to his campaign and it’s in this room that only two people gonna see it on a Sunday night I think. NFL football, I am giving you an opportunity to be statewide so everybody can see what it is, see the constraint between the two of us. I don’t know who you can ask for anything better?”

Walker is once again at a los for words, as he tries to give his explanation. This has been his “MO” the entire campaign try to avoid debates by giving these strange and not very well-thought out excuses.

Walker is still scheduled to debate Warnock on Friday October 14th, in Savannah, Georgia for now. But the way he sounds he thinks it’s a Monday, and isn’t that Monday Night Football, hey just saying.”

Walker Likening October 14th Debate To “Rumble In The Jungle?”

In promoting the debate on the 14th the former Georgia Bulldogs legend had plenty to say, even taking a shot at the highly-educated and well-respected Warnock.

“It is like the “Rumble in the Jungle.” Everyone gets a chance to see he and I go at it. This little country boy that’s not too smart, and I am trying to unseat a Senator who is wrecking things. I’m going to call him Wreck-It Ralph. He ought to get to Savannah, Georgia, to go up against Herschel Walker.”

Well Walker seems to admit what many already assumed, that’s he’s not too smart. But why can’t he debate on both nights, what can he possibly say a day later that he wouldn’t say on the 13th?

Warnock will be there both nights, because he’s confident and well-prepared in what he’s coming to do. While, Walker will more than likely try to wing it and avoid the real topics as as much as possible.

Walker Says It’s Time To See The Difference: Whatever That Means

Walker who’s been doing his best bob-and-weave imitation as it pertains to debates, attempted to make it sound like Warnock has been avoiding face-to-face combat.

“It is time that people see the difference. So on October 14, I want Senator Warnock to be ready because I’ve accepted a debate. Now he can quit talking and show the people he’s going to stand behind his words and show up for the debate.”

Walker is talking real tough two-months out from the debate. And again he’s the one who’s avoided debating Warnock. Now he’s ready, but still months away. By then Walker may have drummed up another lame excuse to back out again.

If the people in Georgia vote him in, it will be a travesty and another black eye on the U.S. Government. But never say never, it could  possibly happen.