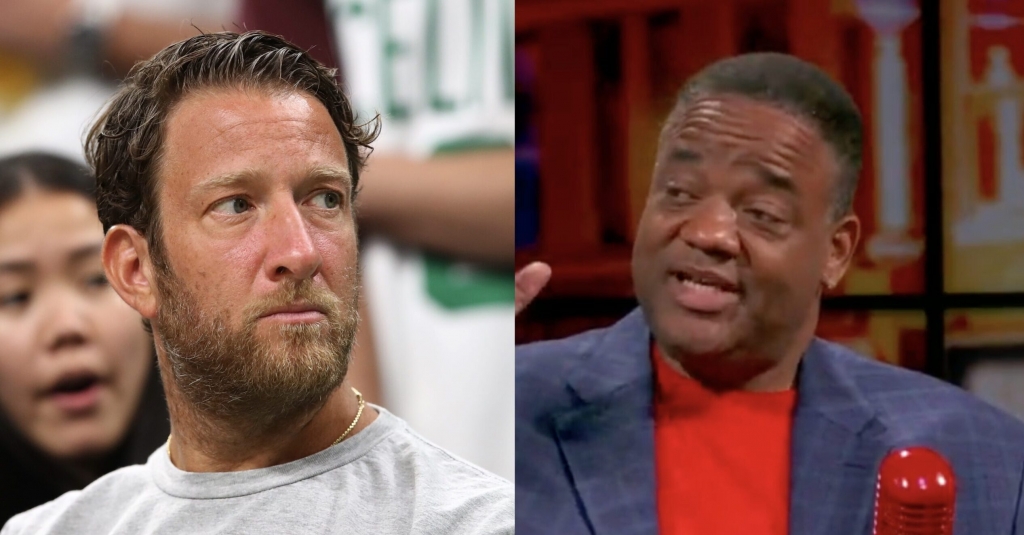 “David Portnoy Is A Fraud, He Has No Core Values, No Defined Set Of Beliefs” | Jason Whitlock Comes For Barstool Sports Founder

Renowned columnist Jason Whitlock and David Portnoy the founder of Barstool Sports, are engaged in a very nasty and petty Twitter war. It all began with Whitlock calling out Portnoy in a column for “The Blaze.” In the piece Whitlock has a lot to say about the die-hard Boston sports loving owner of Barstool. Whitlock who’s never been afraid to push the envelope in what he says tweeted this out about Portnoy.

“David Portnoy is a fraud. He has no core values. No defined set of beliefs. He has no redeeming qualities other than his wealth. Remove his money, and he wouldn’t have a friend in this world.”

Portnoy tweeted back to Whitlock ….

To hear Whitlock talk like that is almost the “pot calling the kettle black,” as he’s long been someone who’s typically rubbed most the wrong way. His takes are usually not received well, and he’s built his brand off of going against the grain. While Whitlock’s style has allowed him to become one of the most recognizable faces in sports media, it’s not all peaches and cream.

So to see him go against someone is nothing new. And no we’re not saying Portnoy is without fault.

Portnoy is brash, outspoken and with Barstool Sports you always got the “outside the box” take. Basically the non-woke take, but Whitlock is claiming that isn’t true at all.

“Portnoy built a sport media empire on pretending to be a fearless ESPN disruptor standing against the wokefication of sports and American culture. It’s now clear he’s a total fraud and sellout. His lone interests are money and access to barely legal women. He sold Barstool to a gambling company for hundreds of millions of dollars, and now Barstool is every bit as woke as ESPN.”

The deal Whitlock is speaking of is, 36 perecnt of Barstool being sold for upwards of $387 million to Penn Entertainment, a casino and racetrack business located in Pennsylvania.

Whitlock calling Portnoy a sellout is nothing new for the opinionated Whitlock. He also called former NBA player and current ESPN NBA analyst Jalen Rose a sellout for marrying First Take moderator Molly Qerim. He even took shots at Michael Jordan and LeBron James, pretty much calling them the same.

Unfortunately, that’s the same thing he’s become affectionately known as amongst the black community. He may call it being fearless and saying what others won’t, but constantly going against your own will get you labeled a sellout. But Whitlock doesn’t seem to care as it hasn’t stopped him from continuing to speak in that manner.

In a mid-December video Whitlock referred to Portnoy as the “the most disruptive and influential force in sports media.”

In part of his response Portnoy reminded Whitlock that he’d forgotten that he did that video.

“You forgot to delete this one.”

Who knows what Whitlock’s intentions really are, as this has sort of been his “MO.”

To his credit Portnoy has helped many small businesses amidst the COVID-19 pandemic. He donated $500K to start The Barstool Fund and then he set up a page where people could donate money to also help small businesses.

In the end, a Whitlock versus Portnoy Twitter beef is something we didn’t know we needed. But something tells me this back-and-forth is far from over.