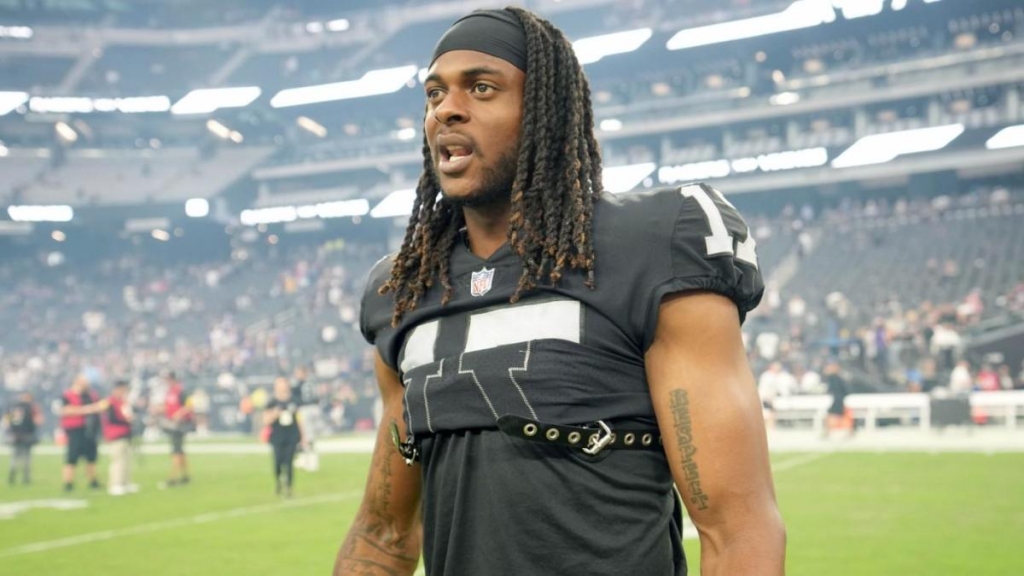 New Las Vegas Raiders wide receiver Davante Adams is getting accustomed to the place they call “Sin City” or “What Happens In Vegas Stays In Vegas.” But the married father-of-two isn’t taking advantage of all the risky things the city of Las Vegas offers. He instead is looking for family friendly things to do, and they way he tells it there’s plenty of it compared to what Green Bay had to offer. Adams joined the “Pivot Podcast” as they contend they’re training camp tour. The former Fresno State Bulldogs star told co-host Channing Crowder, this about playing and living in Vegas versus Green Bay.

“It’s a difference because you got more at your disposal. But I’m not a big strip club dude…. So I’m not taking advantage of that type stuff. But it’s a lot of stuff that I’m able to do here that I probably couldn’t do in Green Bay.”

“I couldn’t go in public a whole lot in Green Bay just based on, you know, it’s a really small community. It’s not really built for having like, quote, unquote superstars. I can’t just go sit in the middle of a restaurant like same way that I could, you know, my first couple years in the league, like it’s a different specialty in a city you play in.”

“So to be able to take advantage, I have my whole family there. My daughters run around and do their thing. I have a little private room eating and drinking.”

Adams sees the stark differences in a place like Green Bay where football is pretty much all they have. But in Vegas there’s nightlife and plenty of things to do with the family. Adams seems to understand what is labeled as fun in Vegas, could also be the pitfalls for trouble. And from the sound of it he’s steering clear of that type stuff.

Not only the Raiders land the league’s best wide receiver in Adams, they also landed quarterback Derek Carr’ top target in college. The two did their thing for the Fresno State Bulldogs, amassing over 3,800 yards of total offense. Now they’ll have that opportunity in the very tough and competitive AFC West division and even tougher AFC Conference. They’ll also get the chance to play in a very QB-WR-friendly offensive system under first-year head coach Josh McDaniels.

It should he be welcomed sight for Carr, Adams and McDaniels to join forces in hopes of bringing the Raiders back to consistent winning days. Something they’ve been devoid of since the early 2000’s. Owner Mark Davis is banking on the additions of McDaniels, Adams on the field, and new team president Sandra Douglass-Morgan to bring the team back to respectability after a trying 2021 sesson on-and-off-the-field.