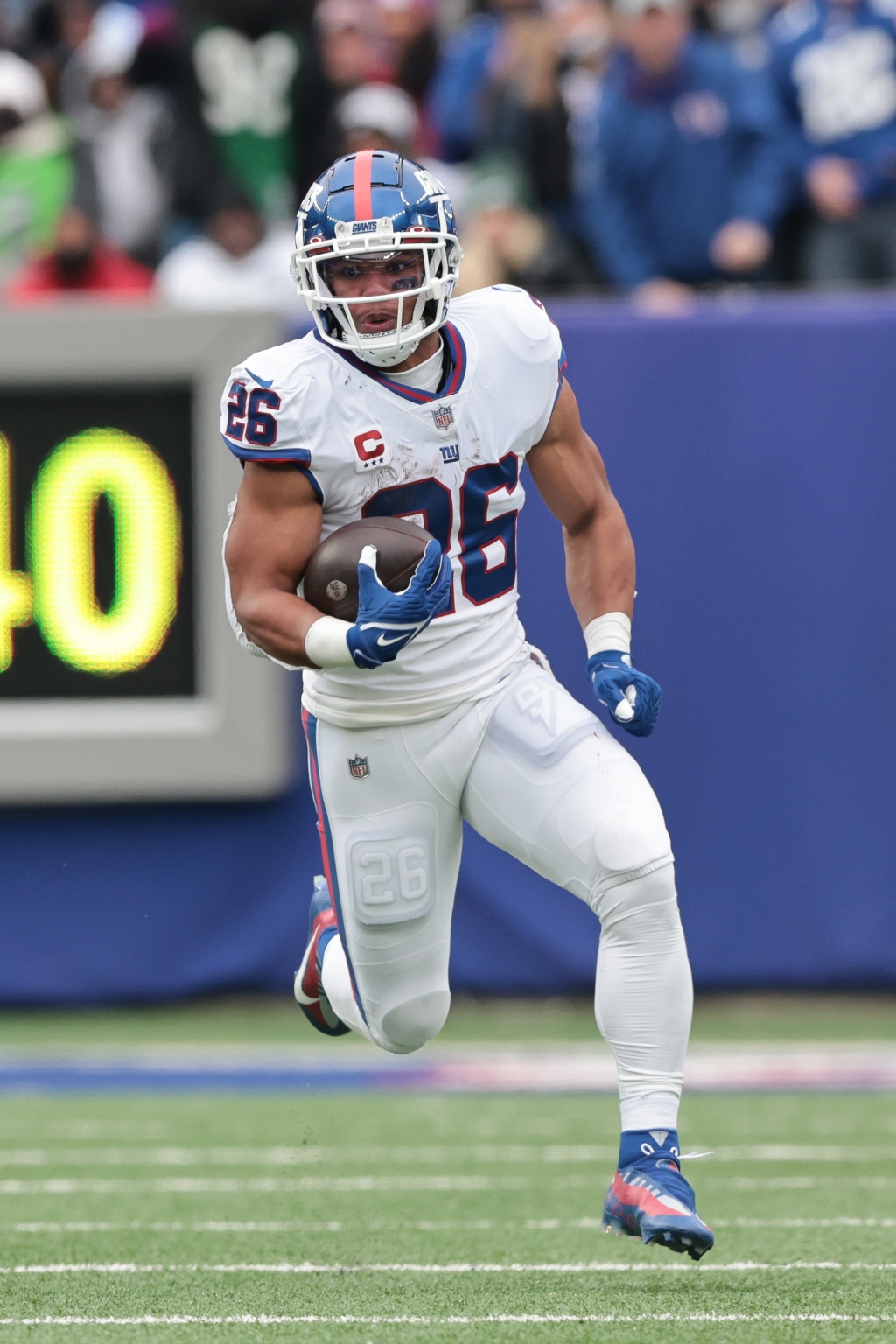 “F-Everybody, I’m Ready To Go Crazy” | Giants Running Back Saquon Barkley Is Ready To Have A Rebound Season

Barkley also accumulated 143 receptions for 1,159 yards and six touchdowns in his first two seasons, that dwindled to 47 catches for 323 yards and just two touchdowns. While many have written the former Penn State Nittany Lions stud off, he says not so fast.

During a recent appearance on the “2nd Wind” podcast, Barkley had a lot to say.

“Just probably being fed up and not even with like the outside noise, but just even with having to sit out games and rehab and all that, all the bad stuff I guess you could say. I guess I’m kind of just fed up with that. So, that kind of just takes me to a place where I am right now. I’m just happy, enjoying life, enjoying the game I love, and I just want to go out there and have fun.”

Barkley has already proven he has all the tools, in fact he was once considered a generational talent. But with the injury bug plaguing him, questions loom about Barkley’s future in New York, and in the league as a whole.

Barkley Says He Doesn’t Wanna Use Injuries As An Excuse:

Barkley says he isn’t one to use the injuries as an excuse, they have to be factored in because they’ve literally cost him the last two seasons.

“I really didn’t have as much of a time just with how the rehab process went with my knee to get myself ready [last year]. And now I don’t have that [problem]. I have the whole camp to come out every single day and do a joint practice against another team, to go against [our defense] and all those guys. Find ways to get better and build that chemistry with our offensive line.”

The Giants picked up Barkley’s fifth-year option in April 2021, but declined to sign their star back to a lucrative long term extension.

At the time owner John Mara said the team was in no hurry to extend Barkley. In August then GM Dave Gettleman, told the New York Post that he was open to signing Barkley to an extension but that never came to fruition.

“I think that it depends upon the guy. I think it depends on where the team is at. I used to feel like it was bad idea, but not so much now. Have I changed my idea on that? Yes. I’m a lot more flexible on that.”

Now Barkley is set to play out the final season of his contract with no security beyond this season. He’s gotta a lot to prove, and if he’s healthy he’s more than capable of doing so.