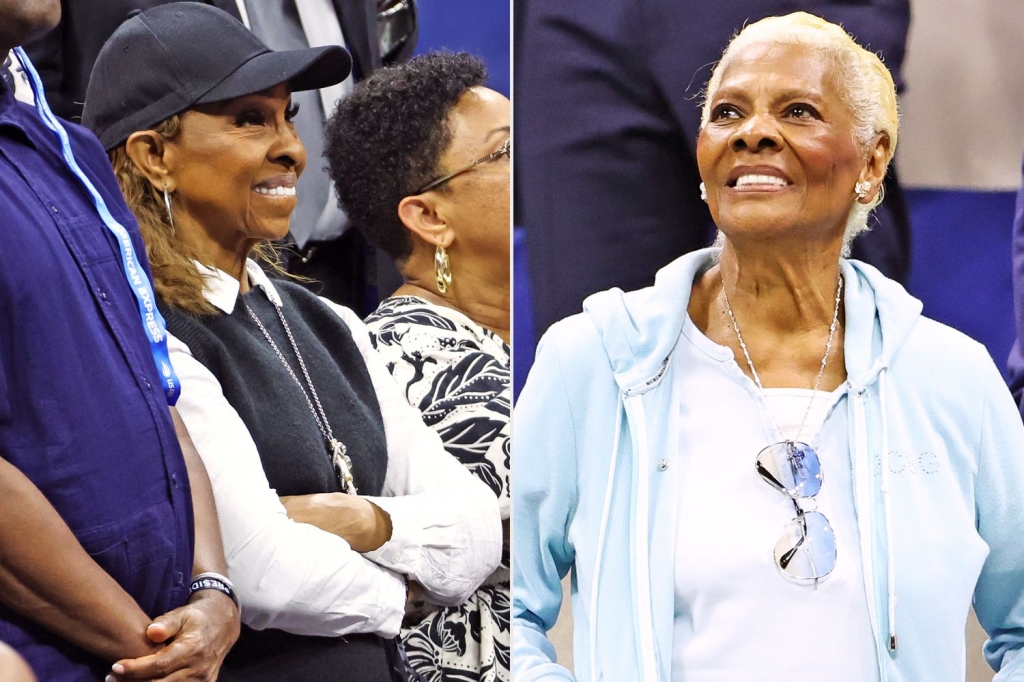 All the stard aligned in Flushing Meadows, New York to see the GOAT, Serena Williams participate in her final U.S. Open. There was Tiger Woods fist pumping to Serena after big points. There was legendary singer Gladys Knight and actor/comedian Anthony Anderson standing and cheering the 23-time Grand Slam winner. One other Serena fan who came to show her support for arguably the greatest tennis player we’ve ever seen, male or female was Grammy Award-winning singer Dionne Warwick, but for some reason the announcers on ESPN called her good friend Gladys Knight. While it may have been an honest mistake, Mary Carillo and Chanda Rubin, didn’t get away to easily.

As the camera went through the star studded crowd showing all who’d come to see Serena. During the crowd searching, an excited Carillo had this to say.

But it happened to be Dionne Warwick.

Rubin stated that she was looking at the stands and not the monitor after the mistake. Rubin even took to Twitter to tell her side of the story.

“Too bad I was initially looking at the court (where auntie Gladys in the stands) and not our program monitor that showed Ms.Dionne. Mistake was immediately corrected.”

Honest mistake or not, that can’t happen when it’s two icons involved.

Warwick didn’t waste anytime poking fun at the mistake made. The “That’s What Friends Are For” singer took to Twitter to have a little fun at the expense of Carillo and Rubin.

“Hi, I’m Gladys Knight … and instead of taking the midnight train to Georgia, I won’t walk on by but will say a little prayer for you.”

Warwick saying she’ll pray for those two is comical in itself. What’s crazy is while joking she probably meant every word of it.

Gladys Knight even chimed in with a tweet of her own.

“Dionne and I have been sisters for a long time and I hope she is as honored to be mistaken for me as I would be for her. I’m sure it was an honest mistake.

“It was a blessing to be in the house to see Serena’s greatness.”

Warwick and Knight have been close friends/sisters since the 60’s and it’s highly plausible that no one has ever mistaken one for the other. But hey there’s a first time for everything, so they say.

With this being Williams’ last run at the US Open, the crowd has been lathered up nightly to support the 40-year-old mom, who’s played a grand total of 7 matches this season including this tournament. Any opponent will be battling the best women’s player ever and the crowd.