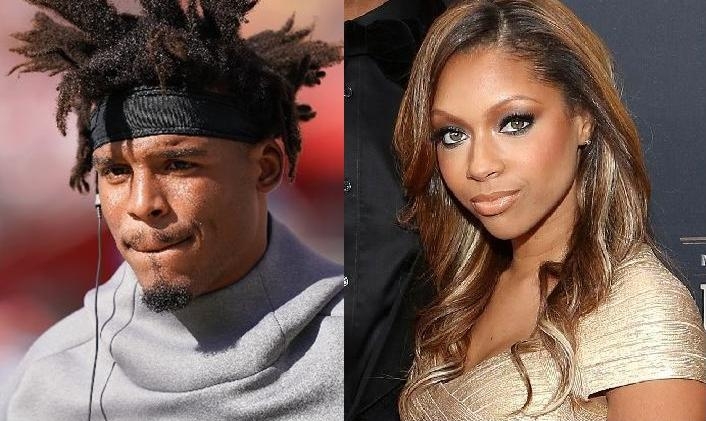 Former NFL MVP Cam Newton is currently awaiting a call to play in the NFL once again. Based on reports that call may never come, but in the meantime he’s dealing with a court battle where his ex-girlfriend and mother of four of his seven children is suing him for unpaid utility bills. In fact they’re bills that total over $20K, and based on her comments the two had an agreement that he’d take care of that. But reportedly Newton hasn’t made a payment on any of them since September 2020.

A press release obtained by RadarOnline.com read like this …

“According to court documents obtained by RadarOnline.com. Kia Proctor, Cam’s ex and mother of his four children has asked a judge to find him in contempt of court.

In the filing, Kia said Cam hasn’t produced all

records in their custody case and failed to pay utilities for her home as he agreed to in their temporary agreement. He currently pays $14,268 per month in support and covers various bills.

To make matters worse, she said Cam has not paid any of the utilities per the temporary order and has ignored all her request for

payment. He was ordered to pay the utilities, the power, water, and cable.

This doesn’t sound like it’s going to end nicely. Newton has amassed over $75 million in his NFL career, so one would think it shouldn’t be an issue paying the $20K needed to catch up the bills.

Newton And Proctor Have Been At Odds Since His Infidelity Led To Breakup:

In 2020, Newton split from Proctor his longtime girlfriend after he had a baby with Instagram LaReina Shaw. The split reportedly occurred prior to him joining the New England Patriots amidst the COVID-19 pandemic season of 2020. While Newton never expounded on things with his ex then, he opened up and took responsibility for their breakup during an appearance on “The Pivot Podcast” a couple months ago.

After calling his stepping out on Proctor a “humanistic mistake,” Newton then said this.

“Honestly, it was a situation, a personal situation for me. My longtime girlfriend at the time [Kia Proctor], you know, we had a family. And I made a mistake, I hurt her, and I jeopardized our family at that time and I had a child outside of our relationship.”

Newton filed for joint custody of his four children following the breakup, and agreed to the child support payment. Now the question is did he also agree to pay for utility bills where his four children currently reside?

Newton’s NFL Career Is Probably Over:

It’s no doubt that in his prime Newton was one of the best players in the league, taking home the 2015 NFL MVP and leading the Carolina Panthers to the Super Bowl. But injuries, father time and what others perceive as an inflated ego has pretty much brought that to an end. Pro Football Talk’s Mike Florio recently discussed why teams aren’t taking a flyer on Newton.

"Newton has done nothing to alienate any of the league’s teams. He simply has a persona that is too big to let him be a backup, if he’d want that role. His belief that he’s good emojify to start suggests he doesn’t.”

Newton’s 76-71-1 career record also doesn’t suggest that he can still do it either.