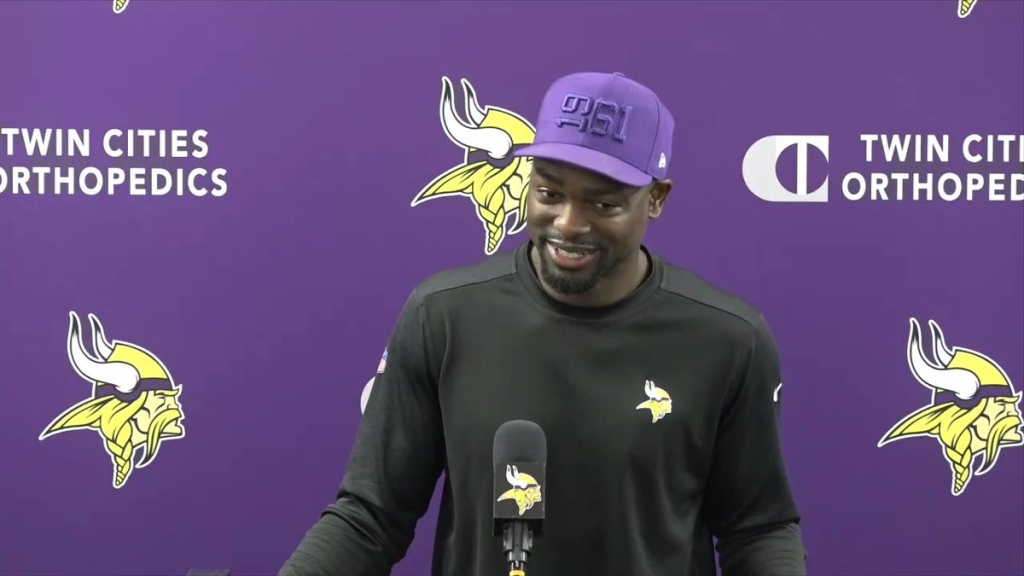 Last week the Philadelphia Eagles traded 2020 first-round pick Jalen Reagor to the Minnesota Vikings. The speedy Reagor was drafted to bring the speed element to the Eagles offense not seen since then head coach Chip Kelly inexplicably released stalwart gamebreaker DeSean Jackson prior to the 2014 season. But things for Reagor never materialized in Philly, and after two very disappointing seasons, the Eagles decided to cut their losses.

But you know the old attage, “one man’s treasure is another man’s treasure.” For Vikings special teams coordinator Matt Daniels, that couldn’t resonate anymore than in his glowing and over-the-top assessment of the underachieving Reagor. During an interview on Thursday, Daniels went all-in on how happy he is to see Reagor in the “Twin Cities.”

“I was salivating over this guy when he was coming out of college back in 2020. Between him, CeeDee Lamb and Brandon Aiyuk. I had those guys at the top of my list as the top punt returners coming out of that group, and honestly Reagor was No.1 in my book.”

“Being able to see him in person, you realize this guy’s got some weight to him. He’s really

hard to tackle. He has the ability to make you miss. He’s elusive. But obviously he has the home run speed to take it the distance. That’s what makes him “spooky.”

If there’s a better rendition of praise for a player in the league, I haven’t seen or heard it. Daniels is smart enough to say let’s speak life into a player who’s looked like he can’t play at the NFL-level. While Reagor was a great punt returner at TCU, he hasn’t had the opportunities in the NFL and when given the chance he hasn’t done much with it.

Reagor Could Be Relegated To Punt Returner:

The Eagles trading Reagor to the Vikings, it was a sign that they were comfortable with their duo of DeVonta Smith and AJ Brown. With the emergence of Quez Watkins and Greg Ward, plus the arrival of Zach Pascal, also helped spell doom for Reagor. But coming to Minneapolis may not be a better situation for the Horned Frogs star.

The Vikings have two great receivers in Justin Jefferson and Adam Thielen. They also have rising players K.J. Osborn and Jalen Nailor, therefore meaning Reagor has his work cut out for him, to get wide receiver reps. He’s already penciled in as the starting punt returner as evidenced by Daniels glowing review.

In 2020, the Eaglss brass decided on Reagor over Justin Jefferson, although wide receivers from the Big 12 rarely pan out. Jefferson was coming off a national championship with LSU playing in the extremely tough SEC. Philly made a mistake in choosing Reagor over Jefferson and GM Howie Roseman told a 94 WIP radio this on Tuesday.

“It’s obvious. I’m not going to sit here and lie. We’d love to have that moment back.”

Roseman took 100% blame for the blunder.

Now that the Eagles were able to land AJ Brown via trade Roseman can own up to his mistake.