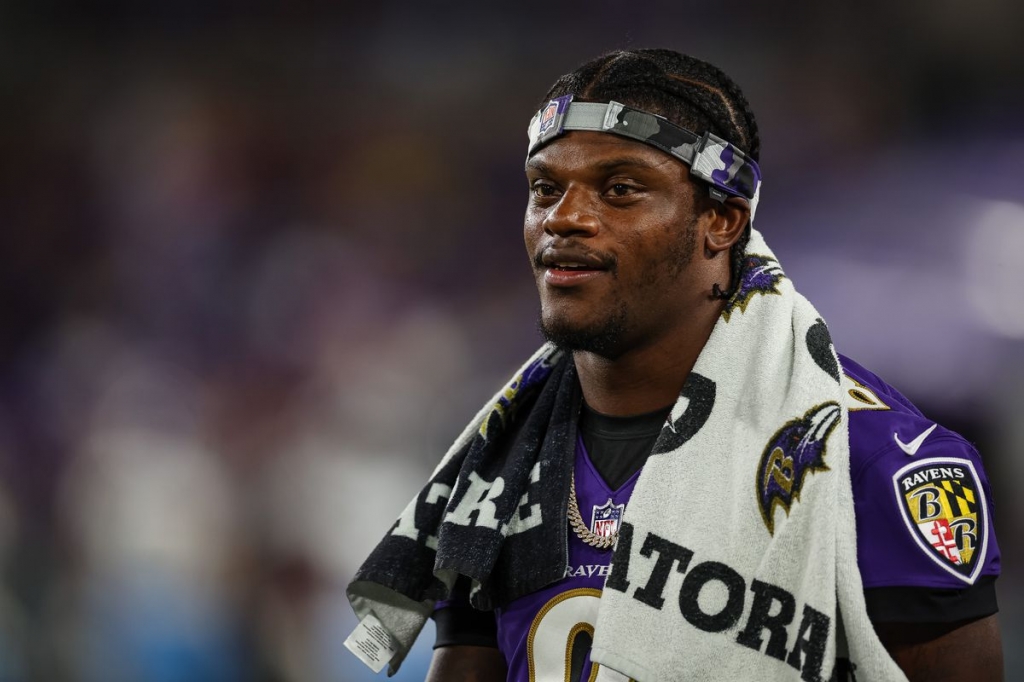 All off-season the belief was the Baltimore Ravens and star quarterback Lamar Jackson would reach agreement on a new deal. After months of meetings, posturing and self-imposed dealines, the two sides didn’t come to reach an agreement. Meaning Jackson, the 2016 Heisman Trophy winner and 2019 unanimous NFL MVP will play out the fifth and final season of his rookie deal without a long term lucrative extension in tow. Friday’s deadline for a deal was self-imposed by Jackson himself in August as he said he wouldn’t carry contract negotiations into the season.

GM Eric DeCosta and head coach John Harbaugh along with the aforementioned Jackson were all hoping the two sides could come to a mutual agreement good for both sides. But that was not the case and Jackson will take the field this Sunday and every week of the 2022 season without that security that all NFL players crave, and in his care should have.

Following the news on Friday, DeCosta spoke with the media on Friday.

“Despite our best efforts on both sides, we were unable to reach a contract extension with  Lamar Jackson. We greatly appreciate how he has handled this process and we are excited about our team with Lamar leading the way. We will continue to work towards a long-term contract after the season, but for now we are looking forward to a successful 2022 campaign.”

Jackson who represents himself has made it clear for awhile now that September 9th would be the cutoff date to get a deal done. He meant it and on Wednesday he once again reiterated that was the case.

“I’m confident that’ll happen when it’s time. Lamar is going to be playing quarterback here for a long time. He and I talked about it yesterday like, Hey man, let’s go be our best and go focus on football. And that’s what he’s been doing all along. So I know nothing will change with that and we’re just focused on Sunday.”

While what Harbaugh is saying sounds good, tang could change in a blink-of-an-eye. At season’s end who says Jackson will wanna do business with the Ravens? Meaning they’d have to franchise him which would be $45 million for the 2023 season. But the real issue could be other teams looking for a young former MVP as their next quarterback. Meaning they’d be willing to give up the two first-round picks it’d take to snag him away from the Ravens.

Baltimore is betting on things ending as it did with former quarterback Joe Flacco bet on himself and won the Super Bowl and MVP in his final season. Setting the stage for a monstrous six-years,$120 million payday that hamstrung the franchise.

The Dolphins are all-in on current quarterback Tua Tagovailoa right now. But he isn’t new head coach Mike McDaniel’s guy, but getting Jackson would be his guy. And guess what he’d be able to open up his entire playbook which is from the Kyle Shanahan tree of offense. Isn’t that why the Niners chose Trey Lance over Mac Jones? Because of mobility and arm talent on the move. Who’s better than Jackson at that right now? Not many.

Also Jackson is a Miami native.

The Ravens are playing with fire, and maybe Jackson did want a fully guaranteed deal. But when he sees guys like Deshaun Watson and Kyler Murray getting that or close to it he should ask for it as well, because he’s accomplished more than both of them.

Ravens should’ve paid Jackson, that’s it and that’s that.