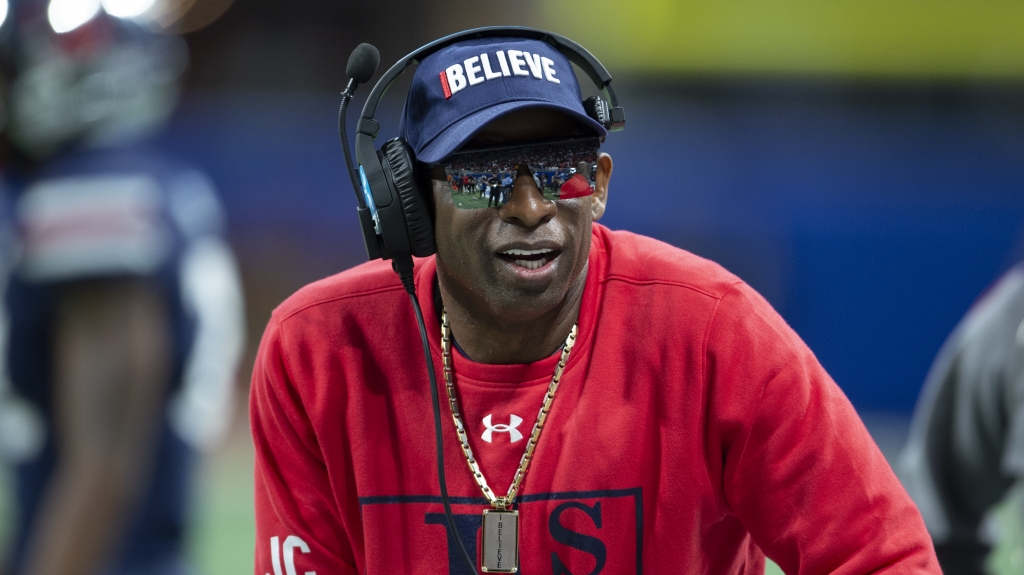 Deion Sanders and the Jackson State Tigers dominated what is being dubbed the final Southern Heritage Classic between his JSU Tigers and former NFL All-Pro Eddie George’s Tennessee State Tigers. Since February, Sanders and JSU have made it known that they wouldn’t be returning to Memphis for the HBCU classic. Sanders has repeatedly stated that the game just isn’t worth it for his team. After pulling out of the game, JSU was sued and eventually reniged on it’s intentions for this season, but going forth according to Sanders and the JSU brass the game is a wrap.

While talking to reporters following the (16-3) win and dominant defensive display, Sanders answered questions for about 20 minutes.

“You gotta understand who our defense are. These guys are relentless. They’re picking up where we left off a year ago.

“They’re very dominant, relentless. When a team scored on us, it’s usually something we did. That’s not taking anything away from coach Eddie George, and his team, but normally it’s something that we did.”

The Tigers held the Tennessee State to 140 total yards and they recorded eight sacks. It was a dominant display of defense and further proved how complete a team JSU has. After scoring 59 points in a (59-3) dismantling of the FAMU Rattlers, Coach Prime leaned on defensive coordinator Dennis Thurman and his fast, aggressive and attacking defense to lead the charge in Memphis.

Sanders Reiterates Intent To Not Return To Classic Unless Wholesale Changes Are Made:

Never one to hold his tongue in getting his point across, Sanders talked about why his team won’t be returning to Memphis.

“I don’t know what … well what I’m saying is we’ve got to do better business. That’s what I was talking about. Whether we do it in Jackson (Mississippi) or Tennessee, I’m good, I’m good.

“If you get the business right, we’ll do it here. But I’m for the business making sure these kids are straight. Not coming out there and needing to stop and borrow some gas money on the way back. That’s what this is about. I’m looking out for the best interest of our kids. That’s what I’m saying.”

Sanders has been vocal about having more home games instead of the neutral site classics. Maybe he’s speaking of a home and home series where each school benefits from the revenue, and makes the trip to one another’s home stadium.

Sanders Says Cut Out The Rivalry Lost Stuff: We Just Got Here

A lot of the noise has been about the 29-year rivalry ending between the two schools. Sanders shot that down quickly, saying this.

It’s safe to say Coach Prime could care less if the game is played again, but if it is it will definitely be more attention to detail. And of course how it positively affects the programs will play a huge factor. That’s the business side of things that he’s speaking of.