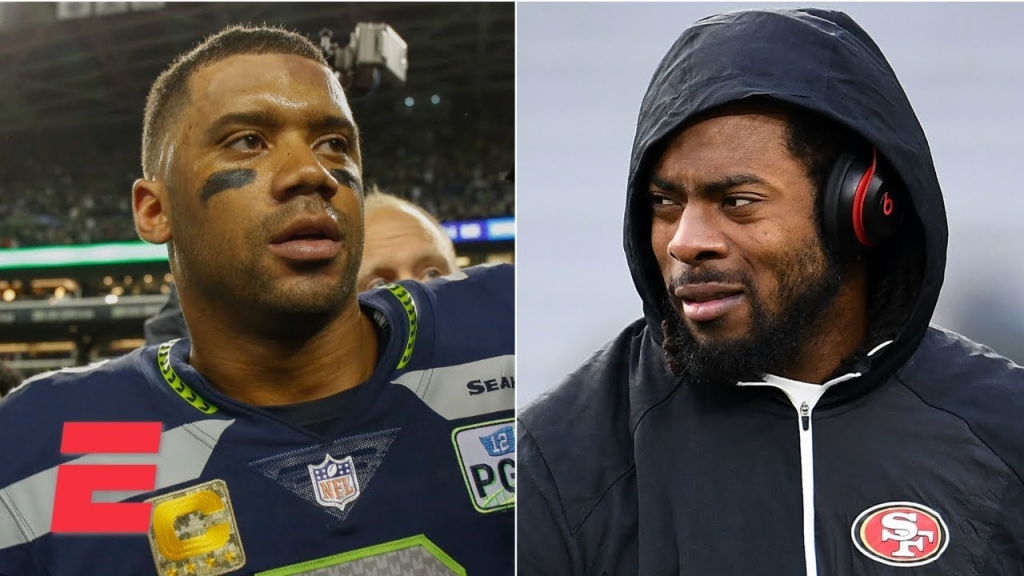 In wake of Monday night’s awkward ending between the Seattle Seahawks and Denver Broncos ended in controversy. In the waning seconds, Denver first-year head coach Nathaniel Hackett decided to take the football out of his star quarterback’s hands, instead opting for a 64-yard game-winning field goal by his strong-legged kicker Brandon McManus. The kick missed and the Seahawks beat the Broncos (17-16) in Russell Wilson’s return to the Pacific Northwest in his first game as the starting QB for the Broncos.

Hackett’s last minute of clock management and decision-making drew the ire of many. One of those who seemed baffled by the decision to not Wilson have the ball in his hands on fourth and five, and trying a 64-yard field goal is part of the reason many believed Wilson wanted out of Seattle. To have more say so in decisions and be able to call his own shots at times. That was taken from him in what was arguably the biggest moment of his career since his goalline interception against the Patriots in Super Bowl 49.

Wilson’s former teammate and a guy he’s had some differences with, Richard Sherman talked about that final minute and the difference between Wilson and Pro Football Hall of Famer Peyton Manning.

Sherman Talks Wilson And Manning Difference On His Podcast:

The Broncos inexplicably wasted 20 seconds and then took a timeout to line up for the failed field goal attempt. Sherman and many other pundits wondered why Hackett didn’t “Let Russ Cook,” or seize the moment. During the “Richard Sherman Podcast,” the former Stanford Cardinals wide receiver turned cornerback, explained the difference between Wilson and Manning.

If Seahawks coach Pete Carroll didn’t trust Wilson, while it’s early in the Hackett/Wilson relationship he didn’t show much trust in Wilson against his former team. It was Wilson’s moment and Hackett took that away to try a 64-yard field goal which had a six percent connect rate. On fourth down and at least five yards to go in his career Wilson converts at a 44 percent rate. Under five yards and his conversion jumps to  67 percent. Meaning Hackett goofed on his first test.

Sherman And Wilson’s Relationship Is Non-Existent

As Sherman prepares to face the Seahawks as a member of the division rival Niners in 2018, he revealed some things about he and Wilson’s non-existent relationship.

During a presser the week of the game, Sherman told reporters this.

“I’ve seen him throw five picks in a game, so you see what he’s capable of both sides. So you understand he can defended.”

“I don’t really have a relationship with Russell. We were teammates. We played at a special time for the franchise.”

Sherman is speaking of the back-to-back Super Bowl appearances and one Super Bowl win the two shared as teammates. Besides that it’s nothing there.

Wilson always said he respected Sherm as he calls him, and vice-versa.

Sherman and some his defensive teammates felt Wilson was coddled by Carroll and the Seahawks brass. One thing that didn’t sit well with Sherman was Wilson mentioning how playing in Denver means he doesn’t have to carry the team on his shoulders. Sherman tweeted a laughing emoji to the comment.

Because we all know the Seahawks had one of the best defenses of all-time for a bulk of Wilson’s tenure there.