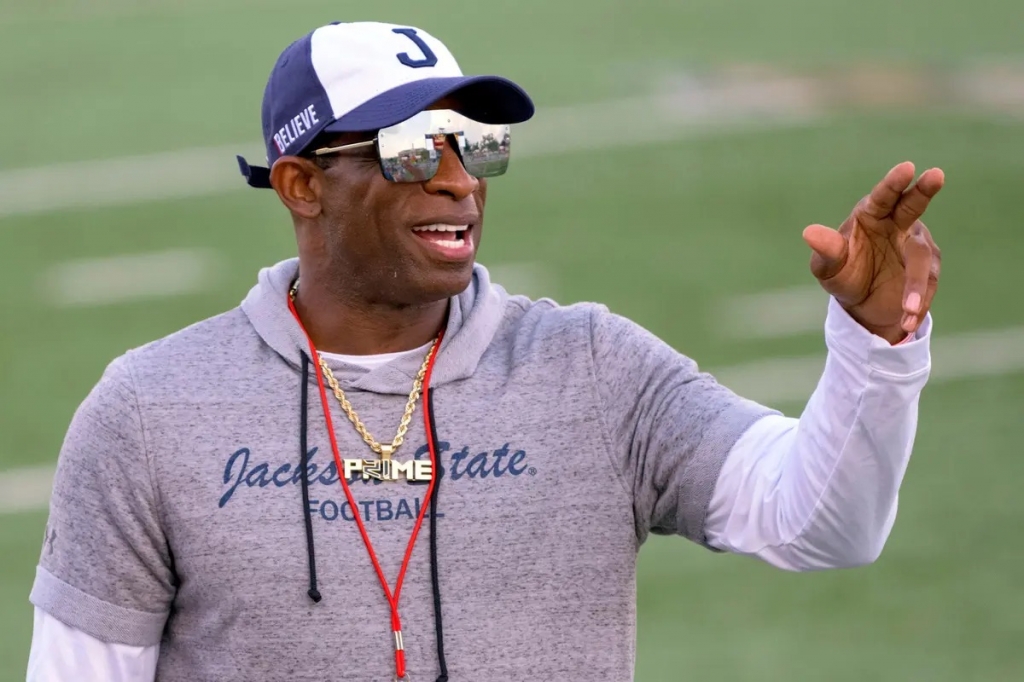 Pro Football Hall of Famer and Jackson State head coach Deion Sanders has never been one to hold his tongue. During his weekly presser on Monday, Sanders let it be known that he believes HBCU programs should demand more money to as he put it, “get their butt kicked” by Power Five programs. Coach Prime proceeded to read off the payouts some HBCU programs received to take on those Power Fives.

SWAC rival traveled to Chapel Hill to open the season and received ($450K) to lose (59-24). Southern traveled to fifteen minutes down interstate 110 to face the LSU Tigers, they were paid ($760K) to get hammered (65-17). The Alabama State Hornets went west to face the UCLA Bruins, and received ($590K) to get throttled at the Rose Bowl. In all that’s ($1.8 Million) for three beatdowns.

“If we gone get our butt kicked, shouldn’t it be worth it. How in the world are we settling for the peanuts and the little minute droppings that they’re giving us when everybody’s darn near $500,000-$600,000?”

Sanders also bristled at the amount of money some Group of Five programs received to play other Power Five programs.

Last weekend Appalachian State, Marshall and Georgia Southern all represented their Sun Belt Conference, winning road games at No.6 Texas A&M, No.8 Notre Dame and unranked Nebraska. The three schools not only took home program defining wins, but a bag that totaled $4 million dollars. In fact, Georgia Southern’s win cost the Cornhuskers ($16.4 million) over the weekend, as their (45-42) upset led to the firing of embattled head coach Scott Frost. AD Trev Alberts wanted him gone so bad he paid him a ($15 million) buyout, when it would’ve been ($7.5 million) if they’d waited until October 1st.

Sanders feels that HBCUs should holdout for that type of money before signing on the dotted line to take these beatdowns. But those HBCU programs are probably just happy to make something to help with their program, and don’t wanna risk missing out on a payday altogether.

Sanders Wants HBCUs To Stand Together In This:

In an effort to not accept payouts that won’t really do much for revenue purposes, Sanders doesn’t want HBCUs settling for what they’ve long take for those type games. He wants to come to the negotiating table and have it start at $750K. He’s also adamant as to where the funds should go.

“If they’re out there playing, they should reap the benefits of the sacrifices that they’re making. I just don’t like what I’m seeing.”

This is the latest in Coach Prime calling out longstanding practices as it pertains to the treatment of HBCU athletics. He recently called out the different classics and how they’re not beneficial to his program. He’s even pulled his Tigers out of the 29-year Southern Heritage Classic versus Tennessee State.

He’s not done, there’s so much more to come.