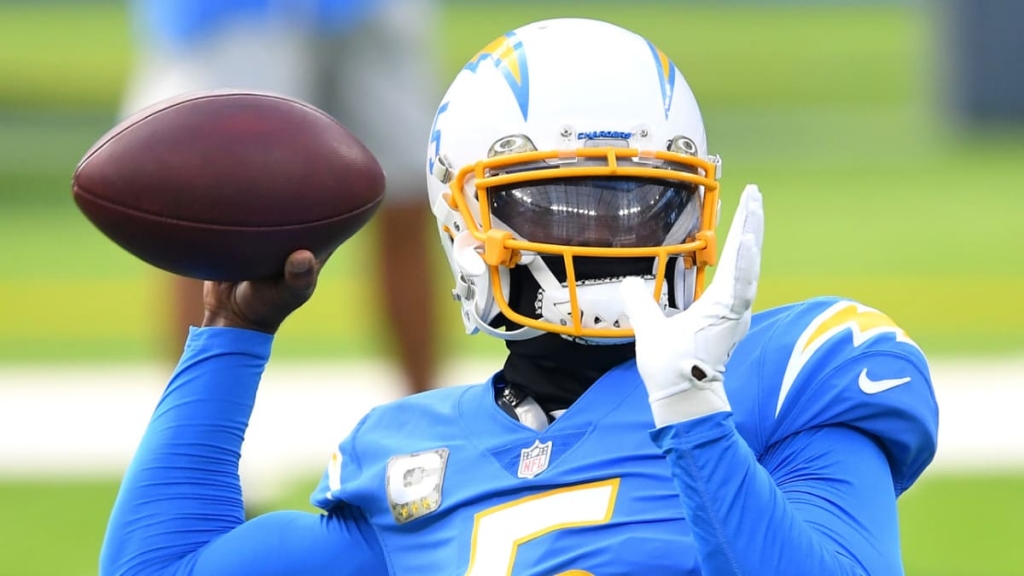 The Los Angeles Chargers are now being led by rising star quarterback Justin Herbert. The former Oregon Ducks star was taken with the sixth overall pick in the 2020 NFL Draft. At the time of Herbert being drafted the team was being quarterbacked by NFL journeyman Tyrod Taylor. Taylor was signed by the franchise in 2019 to be longtime starter Philip Rivers backup. When the team and Rivers decided to part ways prior to the 2020 season, the Chargers made Taylor the team’s starting quarterback. Even after drafting Herbert, Taylor was still the unquestioned starter or at least that’s what they said.

Taylor started the season opener a Chargers, but in the game he suffered a fracture to his ribs. Hoping to play Week 2 against division rival Kansas City, team doctor David Gazzaniga administered a painkilling injection, that allowed Herbert to become the starter and Taylor was never heard from again with the Chargers. Now Taylor is suing Gazzinaga and the Newport Orthopedic Institute, that he runs for medical malpractice.

According to ESPN, the lawsuit states the following.

“Gazzinaga’s negligence, carelessness, and other tortious, unlawful and wrong acts … caused Taylor to lose his position at the starting quarterback for the Los Angeles Chargers for the 2020 season.”

“As he returned to free agency, he entered as a backup as opposed to a starting quarterback. The economic difference between a starting quarterback’s salary and a back-up quarterback salary is at least 5,000,000 and is more than likely greater. The exact amount of such past and future loss is unknown to Taylor at this time, and he will ask leave of this Court for permission to amend this Complaint to set forth the total amount when ascertained.”

Taylor who has since played for the Texans in 2021 and now with the Giants in 2022 is seeking $5 million in the suit.

In Thursday’s (27-24) loss to the Chiefs, Herbert suffered fractured rib cartilage. The injury has the talented signal caller day-to-day, but also inquiring minds wanna know will he give the franchise quarterback the same painkilling injection he Taylor? More than likely he won’t and even if he does that job is Herbert’s as he was drafted to eventually unseat Taylor in 2020.

Head coach Brandon Staley told reporters that Herbert’s ability to play will depend on his pain threshold.

“It’s going to come down to comfort. It’s such a rotational position, just going to have to make sure that he’s comfortable, and we’re not going to know more about how he feels until later on this week.

Meaning Herbert could receive an injection if he feels he needs it to play.

This past offseason the Chargers added some pieces via free agency that the franchise feels could help propel to them to their first-ever Lombardi Trophy. In adding former DPOY Khalil Mack and cornerback JC Jackson, the Chargers felt they secured the necessary pieces to make a deep playoff run come January. Those additions to an already talented defense, plus having Herbert direct a very talented offense seemed like a recipe for a deep playoff run.

And while it’s early in the season and plenty of time get things back in order, none of that even remotely matters without a healthy Justin Herbert. They’ll take good care of their talented QB in LA.