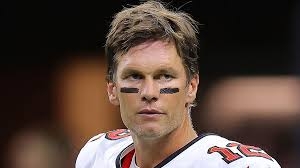 Tom Brady To Get Off Every Wednesday During Season

Tom Brady and the Tampa Bay Buccaneers have been dominant on the defensive side of the football. They opened the 2022 season with road wins at the Cowboys and Saints, and neither was the offense clicking. Some of it’s attrition on the offensive line and in the wide receiver room, and some of it stems from timing. But first-year head Cosby Todd Bowles is comfortable with his quarterback figuring it out and getting things sorted out. Bowles trusts Brady and his work ethic so much he’s gonna allow the 23-year veteran to take off on Wednesdays during the season.

On Friday, Bowles spoke on players getting rest and he stressed the importance of veterans Iike Brady.

If anyone has earned a day off it’s Brady, who prepares at the highest of levels and is in his 23rd season at tender, ripe age of 45.

Brady Has Been On The Move In Tampa All Offseason:

After retiring from the NFL for 44 days following last season, Brady returned to the NFL, much to the chagrin of his supermodel wife Gisele Bundchen. Brady had an excused leave of absence from the team in August just as training camp opened. It was an 11-day leave of absence that was reportedly approved prior to camp opening.

Bowles viewed Brady’s absence as an opportunity for the other quarterbacks to get some reps.

“I thought it was a good thing. And it kind of helped us develop our run game a little more. You know, it’s like, okay. We’ve got to play with Blaine or Kyle, let’s develop things we have to do to win the ballgame. And I think in the process we got our run game going a little more because we spent a little more time on it, which we probably wouldn’t have had he been here. So I think it’s helped us in the long run. And we figured out that we’re a team and just not one guy and a team.”

With Brady being 45, it’s not a bad idea to have him not throw everyday in practice. The Buccaneers have Super Bowl aspirations, and that won’t happen without the right arm of Brady being as rested as possible. In 2020, the Buccaneers beat the Saints in a playoff game, that happened to be the final game of future Hall of Famer Drew Brees career. His arm strength regression was obvious that entire season, but it really showed up during the playoff loss. He just couldn’t push the football down the field anymore, in fact the Saints had to bring in current quarterback Jameis Winston to take a deep shot.

Allowing Brady to rest should help prevent that and he should be fully healthy when that time comes.

Bowles, and the Buccaneers brass have approached this season much differently than former head coach Bruce Arians probably would’ve. Arians is more of the old school coach who believes in practicing each and every opportunity that presents itself.

Will Brady be spending his days off with his family?

Guess we’ll have to take a wait and see approach to that question.