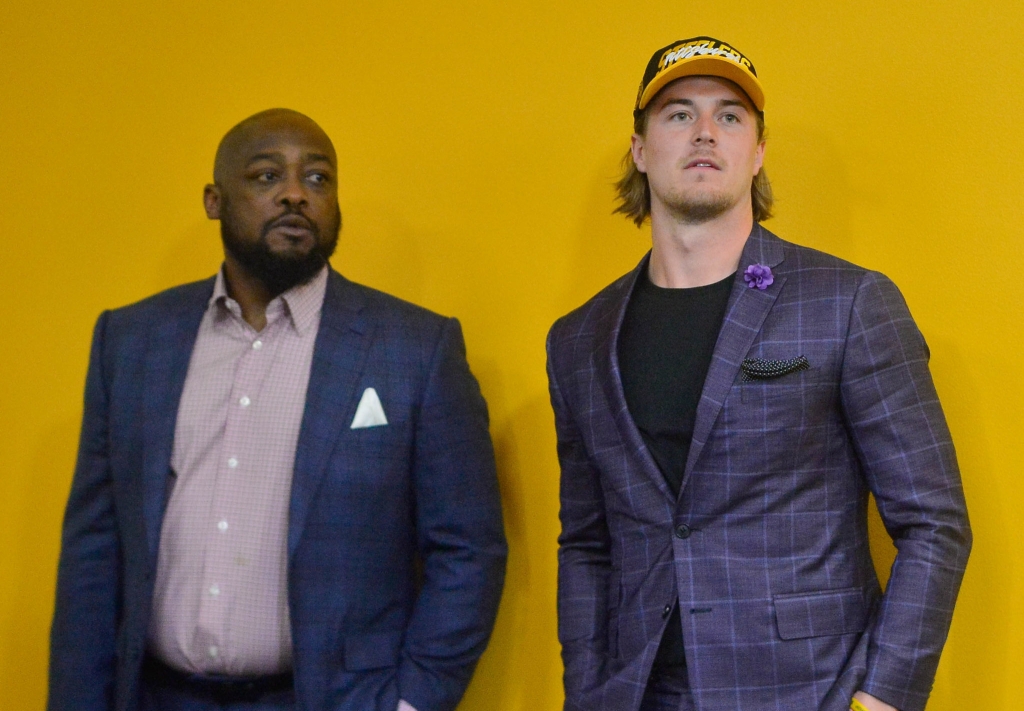 The Pittsburgh Steelers are 1-2 having lost their last two games to the New England Patriots and Cleveland Browns. In fact, they’re actually only a Minoan Fitzpatrick blocked extra point at the end of regulation in Week 1 from being, 0-3. Their offense under first-year starter Mitchell Trubisky has looked disjointed and unimaginative. The run game has been anemic and Trubisky seems to be gunshy on pulling the trigger on downfield throws. Coming into Thursday’s game at the rival Browns, Trubisky was averaging a paltry 5.7 yards per attempt, not exactly a recipe for success.

The offense in three games has totaled, 16, 14, and 17 points this season. An opportunistic defense has been helpful in giving them short fields or it may be even worse. Offensive coordinator Matt Canada has struggled to find the right mix of how to use Trubisky’s skillset, which is using his legs and moving the pocket, while still getting the most out of his playmakers in Najee Harris, Diontae Johnson, Chase Claypool, George Pickens and Pat Freiermuth. That is as talents a group of playmakers you’ll find in the league and they’ve been basically rendered non-existent through the first three weeks. The lack of offense has everyone calling for 2022 first-round pick Kenny Pickett to take the reigns under center. Head coach Mike Tomlin says not so fast, and that he’s not even entertaining that move as of now.

Tomlin Not Making Any Drastic Changes: But Should He?

“I’m not in that mindset. I’m interested in reviewing this tape and looking at the totality of it and figuring out how we collectively get better.

“So the answer to that question is definitely no.”

When the Steelers signed Trubisky the 2017 No.2 overall pick, they did so with the mindset he’d have every opportunity to lead the team while they bring Pickett along. Trubisky isn’t the only thing wrong with the Steelers, the offensive line isn’t very good and that’s hindered star tailback Najee Harris. The 2020 Doak Walker Award winner is averaging barely three yards per carry. For any QB a good running is a blessing, so until that gets solved there’s no need to run Pickett out there.

Tomlin is standing pat on Trubisky and even gave him credit for making some plays on Thursday against a very good Browns defense.

“I thought he made some plays, but we all collectively came up short. And so that’s how we measure performance, man. Winning is our business, and we didn’t handle business. And so we don’t, you know, break that apart and look for the feel-good.”

It’s no secret that players aren’t too fond of OC Matt Canada’s lack of in-game adjustments. After Sunday’s home loss to the Patriots, wideout Chase Claypool said this concerning the offensive struggles.

“We have to call the right plays to get down the field in the right ways.”

The team’s top pass catcher, Diontae Johnson had this to say.

“We can only do what they tell us to do and execute it.”

You can smell the distrust between players and the OC. Sort of what Ben Roethlisberger eluded to in his final season. Tomlin needs to do something there first.

Throw-in not having the reigning DPOY in TJ Watt, and this version of the Steelers could end Tomlin’s record 15 straight seasons with a winning record to begin a career this season.

One thing for sure, and two things for certain playing Pickett means barring injury, you have no intention on returning to Trubisky.

Are the Steelers there yet? Tomlin with an emphatic NO!