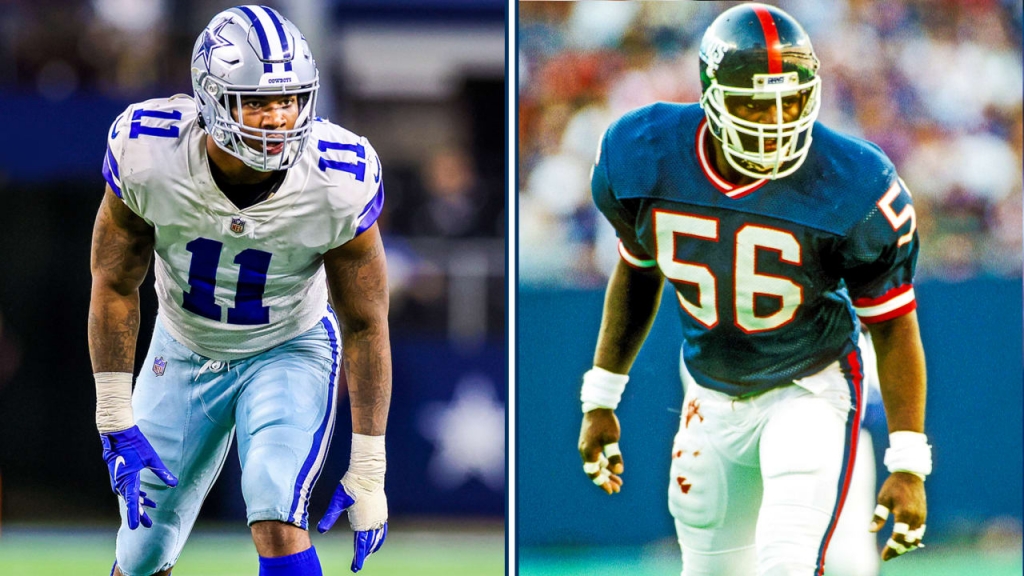 New York Giants legend and Pro Football Hall of Famer Lawrence Taylor has been hearing the noise, and get this he’s a fan of the former Penn State Nittany Lions star. But Taylor also let it be known that comparing Parsons to him isn’t something that should be happening.

Here’s Taylor’s comments to the New York Post on the matter ….

“I don’t know who the best defensive player is, but all I know is I’m always on the last page, of the last paragraph, of the last sentence when they say “the greatest of all time.”

“Until somebody tells me different, I own it.”

Strong words from the man who’s arguably the game’s best and most dominant defensive player. His pass rush skillset forever changed the game  and how the outside linebacker position is viewed from a pass rush standpoint. Taylor wrecked games weekly, and he did in an era where they only threw the football 35 percent of the time.

Taylor Tells Parsons I’ll See What You Got Monday Night:

The Giants host the Cowboys in a key NFC East tilt on MNF, and Taylor is gonna be on the sidelines supporting his guys in blue. He’s also gonna be watching to see what Parsons has live.

“I’m quite sure I’m gonna see what he’s got on Monday night cause I’ll be there. I haven’t analyzed it. But I will on Monday.”

Having the guy Parsons is compared and his stature in the league’s hierarchy of defensive greats should motivate the always juiced up Parsons. Even FS1 personality and fellow Taylor’s Pro Football Hall of Fame brother Shannon Sharpe thinks that could happen. On a recent episode of “Undisputed,” Sharpe elaborated on what he meant.

“This is a positive. This is Lawrence Taylor: the greatest defensive player. … And he’s coming to watch me? The position I play, he made it famous. All these other pass-rushers at the position … 56 is the guy.”

Will Parsons Play? Listed As Questionable On Team’s Injury Report

Parsons has been dealing with an illness, and was limited in practice on Saturday after missing Thursday and Friday’s practice. The team listed him as questionable for Monday night’s big early season matchup.

One has to believe if Parsons is anywhere close to 100 percent he’s gonna give it a go. The Cowboys offense is pretty pedestrian, and their defense has carried them thus far. And it doesn’t get much bigger than MNF in NYC, especially with LT lurking the sidelines.