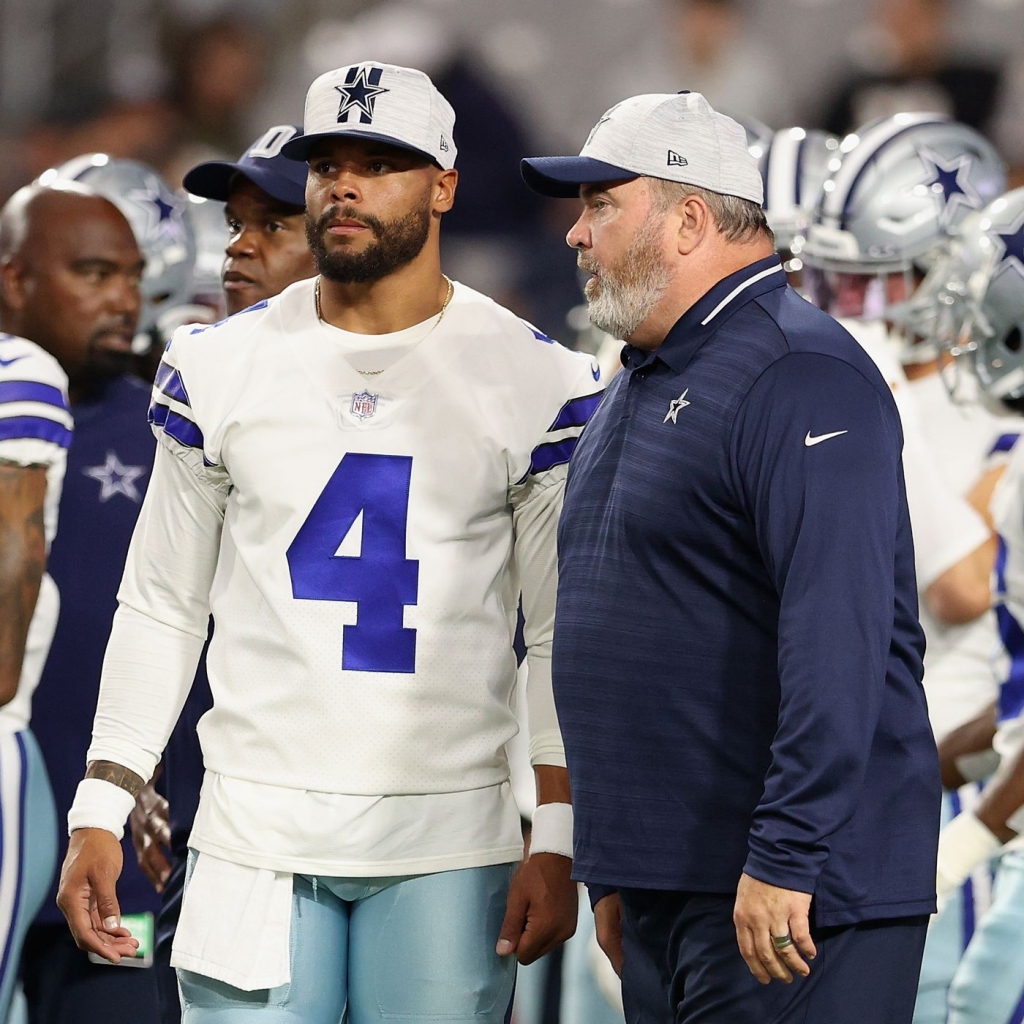 The Dallas Cowboys are coming off an emotional, 20-17, win over the Cincinnati Bengals. The win put the Cowboys at 1-1, and it was their first of a handful of games without star quarterback Dak Prescott. The former Mississippi State Bulldog is out after surgery to repair a broken thumb. In his place McCarthy turned to backup Cooper Rush, who for the second time in relief in back-to-back seasons led the team to a big win. Rush also played great in a win at Minnesota last season. In fact, Rush’s play has been so good in two appearances, it caused owner Jerry Jones to make some real outlandish and dumbfounding comments. When asked if he’s welcome a quarterback controversy earlier this week Jones had this to say.

“Of course I would. Of course. That means we’d have won. If he comes in there and plays as well as Prescott played. Rush? Played that well over these next games ahead? I’d walk to New York to get that.”

Typical Jerry stirring the pot and doing his best to keep the attention on his underachieving Cowboys, year after year. He knows Prescott is the unquestioned starter and it’s no QB controversy brewing in Dallas.

After hearing his boss flap his gums much about nothing, third-year head coach Mike McCarthy let it be known that Dak is the starter. He also attempted to bring some clarification to some of Jerry’s comments.

“When you look at the whole thing and particularly the start, it (the message) is about winning, and that’s all we really care about. But there is no quarterback controversy. Dak is our starter.”

Hearing McCarthy take charge in any situation is a welcome sight, considering that hasn’t been his MO in the past. But when you’re paying a QB, $40 million per season it’s kind of hard to fathom him being benched in favor of his backup and especially because of injury-related matter.

Jones Attempts To Clarify Own Comments After McCarthy Does It First:

Mike McCarthy shot down any type of QB controversy with his comments, letting everyone know that when Dak is healthy he’ll return to his rightful position under center. On Friday during a radio interview with 105.3 The Fan.

“I don’t believe there’s anybody in the world that doesn’t understand how much I appreciate Dak Prescott — his skills, and to have him for the future and the future being right now, really. But the point is that if players play at a level to where you’ve got people debating how are you using them with their skills or as to who ought to be out there or who is not when they’re playing at that level, that’s a positive.”

As good as Rush has played, Jones knows if the Cowboys are to have continued success it’ll be with Prescott under center. Yes, Rush playing well in his absence is a great thing, but things like lack of familiarity with Rush have played a role in his success. If he was on teams scouting report weekly, it’s highly unlikely he’d be so successful as often.