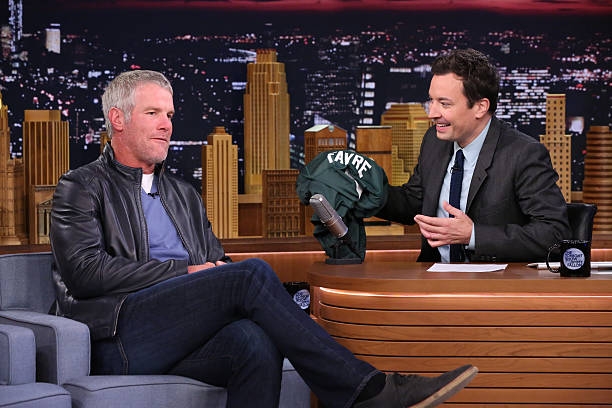 NFL Hall of Famer and former Green Bay Packers quarterback Brett Favre has been in the news lately. And believe me they’ve been for all the wrong reasons. Favre, has come under severe scrutiny for his alleged involvement in the Mississippi welfare funds scandal. In the scandal Favre is said to have received over $8 million in funds that were allocated for welfare recipients of the state of Mississippi, who has the lowest per capita income per household in the country and a poverty rate of nearly 20 percent. Favre allegedly used the funds for a volleyball court at Southern Mississippi his alma mater. Funds also went to a pharmaceutical startup. Favre even kept over one million for phantom speaking engagements that were never made.

As bad as that sounds and is, Favre also tried to get funds for an indoor practice facility at Southern Mississippi, in hopes of enticing top recruits to choose his alma mater. One of those he was hoping to entice us Sheduer Sanders the starting quarterback at Jackson State under his dad head coach Deion Sanders.

In 2019, during Shedeur’s junior season the strong-armed four star recruit in the class of 2021, took a visit to Southern Miss. He was shown around the campus by none other than Favre, easily the school’s greatest former athlete. Per Front Office Sports, during the visit

Sanders asked about an indoor practice facility which they don’t have. So Favre reaches out to his handler, then Governor Phil Bryant about allocating funds in the sum of $1.5 million for the facility.

“I picked up Deion Sanders and his son who’s going to be a junior in high school and plays QB. He has at least 30 offers thus far including us. Deion and I have been great friends since 91’ and have great respect for each other.

“As I suspected Deion’s son asked where the indoor facility was and I said we don’t have one but we are hoping to break ground in less than 2 years …. I know we have the volleyball

center to complete first and I’m asking a lot.”

In addition to the over $8 million Favre had already allegedly received he was looking for another $1.5 million hoping to lure a top QB recruit who just so happens to be the son of fellow HOF player Deion Sanders.

While none of that came to fruition, Favre is now under investigation for his involvement in the welfare scandal.

Deion And Shedeur Are Dominating Together At Jackson State

Deion and Shedeur Sanders are experiencing immense success at Jackson State, a job Deion landed roughly one-year after his visit to Southern Mississippi.

In 2021 they went 11-2, winning the SWAC for the first time since 2007. They made their first ever Celebration Bowl appearance as well. This they’re 4-0, having outscored opponents 190-37, including Saturday’s 49-7 win over Mississippi Valley State. In that game Shedeur reached career highs in completions with 40, for 425 yards and four touchdowns.

This season Sanders has passed for nearly 1,400 yards, 13 touchdowns and just one interception.