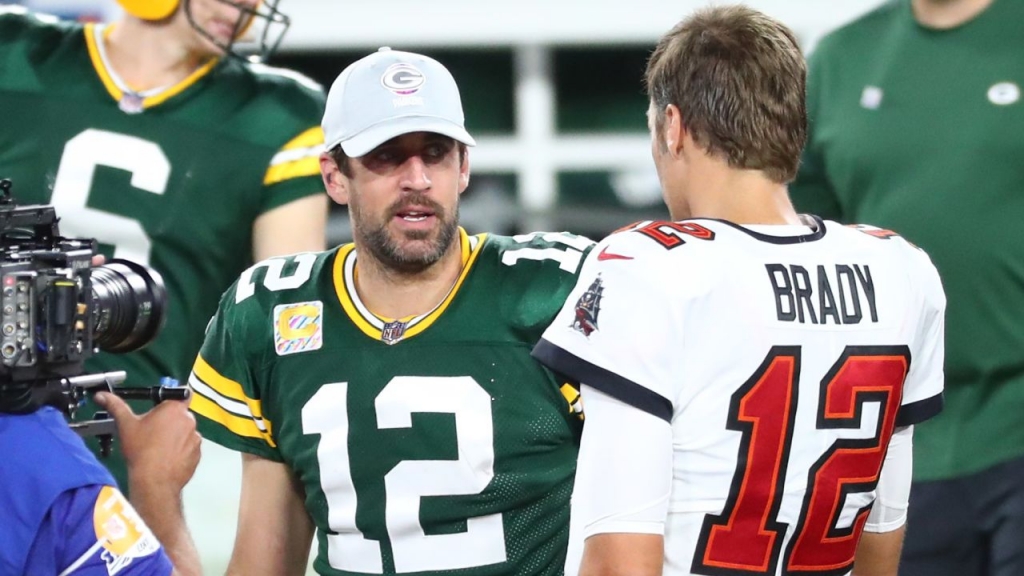 Tom Brady VS Aaron Rodgers For The Final Time? | Defenses Steal The Day In Tampa

In what was possibly the final matchup between Tom Brady and Aaron Rodgers, the defenses of both teams stole the show. Playing infront of the largest crowd in Raymond James Stadium history the Packers defense outlasted the Buccaneers in a 14-12 slugfest. The game was nothing like what we’ve come to expect when future first ballot Hall of Fame quarterbacks, who’s flare for the dramatic has become a constant over their illustrious NFL careers.

It’s not often you get a matchup where the two QBs have a combined eight Super Bowl wins and seven MVP awards. As football fans we’ve been blessed to see these two dual a handful of times. In the past it was every four seasons with each in different conferences, but with both in the NFC since 2020, when Brady joined the Buccaneers they’ve faced one another three times now. They’ve split during the regular season but Brady got took home the huge playoff win in the 2021 NFC Championship Game. Through all their battles the two have always shown the utmost respect for one another, and if this was really their last head-to-head matchup, it was fun despite the limited offensive playmaking.

Brady Lauds Rodgers Prior To Matchup:

In anticipation of Sunday’s battle, Brady lauded Rodgers whom many say is the most physically gifted quarterback to play the game. Here’s what he told The Athletic ….

“He’s an amazing player, and has been for  long time. I love watching him play, and there’s some California too so I feel like we always have a little bit of a connection. He’s an older guy now, he’s been a great player in the same place for a long time. There definitely are some challenges with that, but he’s navigated them pretty well. He’s done a great job — leads the team, they’ve won a lot of games since he’s been there.”

Notice Brady said they’ve won a lot of games, which is true. But it’s been Rodgers inability to win a second SB that’s often talked about, that despite having a team that’s at the top or near the top of the NFC for the better of the last 10-12 seasons.

Following the win, Rodgers even talked about how he can’t believe Brady is 45 and still doing it a high level.

End Of An Era? Seems That Way

While the two have given us football fans plenty to cheer about on Sundays, their time taking the field on Sundays is just about up. With former Saints quarterback Drew Brees retiring after the 2020 season, it leaves Brady and Rodgers. Pretty soon they’ll give way to the likes of Patrick Mahomes, Josh Allen, Lamar Jackson and others for the foreseeable future.

Will those guys ever equate to what we witnessedd with Brady and Rodgers? That’s highly unlikely, and it begins with the longevity and still playing at a very high level as they both still are to this day.

Secondly we’re talking about record-holders and stats that may never be duplicated.

If Sunday’s matchup was indeed their final time locking horns, it’ll he remembered as the day the defenses won the battle against two all-time greats.