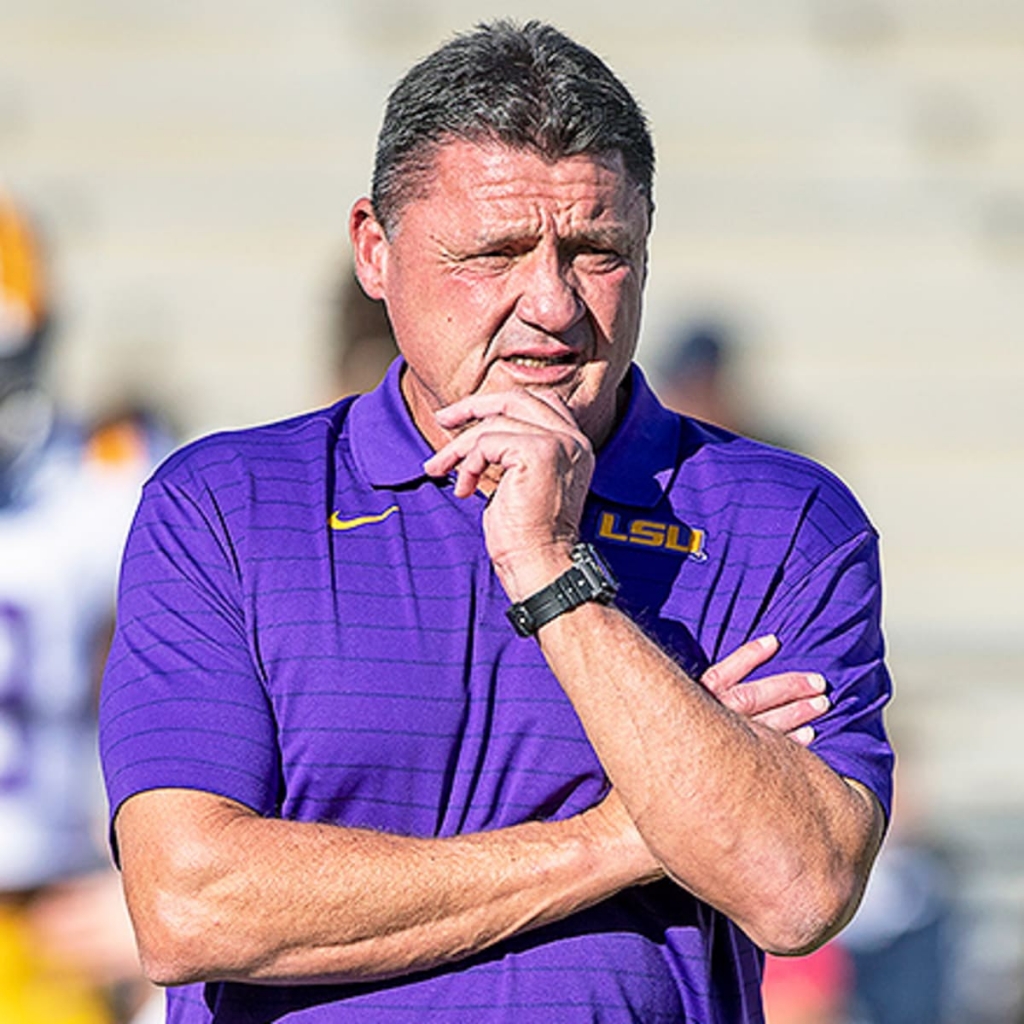 Usually when someone gets fired from a job that isn’t a good thing. But everyone isn’t Ed Orgeron the former head coach of the LSU Tigers, who was fired from his position following last season. But as with so many high Power Five gigs the payout for him to leave was pretty large. LSU AD Scott Woodward and the Tigers brass decided to pay Orgeron all $17 million remaining on his contract even though they could’ve fired him with cause and probably not given him a dime.

Since his firing Orgeron hasn’t really kept a low profile as most do. Orgeron has been seen at football games with his new girlfriend and he’s even given interviews on how his firing went down. Always full of charisma, Coach O has never been one to shy away from the camera. That was once the case again this past weekend as he was seen at a Tulane Green Wave football game. In typical Coach O “loves the ladies” fashion Orgeron took a picture with the Green Wave’s cheerleaders.

In the pic Coach O can be seen standing behind the cheerleaders as they posed for the camera.

Coach O Has Been A Busy Man: Gave Recent Interview Of How His Firing Went Down

Orgeron’s divorce from  his wife of 23 years was finalized in 2021, and even before that the former Bayou Bengals head coach was living his life on the edge, so to speak.

There have been pictures that surfaced of him in bed with a much younger woman who wasn’t his wife. The pic went viral and wasn’t a good look for someone who’s the face of one of the biggest college football brands in the sport.

That was the just the tip of the iceberg as rumors of different women and their families around the team and campus daily began to leak out. As all of this was occurring the luster of winning the 2019-20 College Football Playoffs national championship began to wear off. The team struggled mightily on the field in the two seasons following their triumphant title win, and at the center of the struggles was Orgeron’s life off the field as a bachelor, who was living the life of one. The two parted ways following the 2021 season and Orgeron recently gave a spirited and funny interview as to how things went down in his meeting to be relieved of his duties.

“They said, Coach, you’ve got $17.1 million on your contract. We’re gonna give it to you. I said, what time do you want me to leave and what door do you want me out of brother?”

To walk away $17 million richer would probably make anyone smile, especially when he could’ve been canned and given not a dime, because LSU had viable cause to rid of him.

The goal of any coach is to win a championship, Orgeron accomplished that. He also put many players in the pros, especially from that 2019 team. But the way things ended in Baton Rouge will probably keep him from ever being considered for another head coaching job. Schools don’t want that type of scandal around their program. But at the end of the day, Coach O is set for life and doesn’t need to stalk a sideline again.