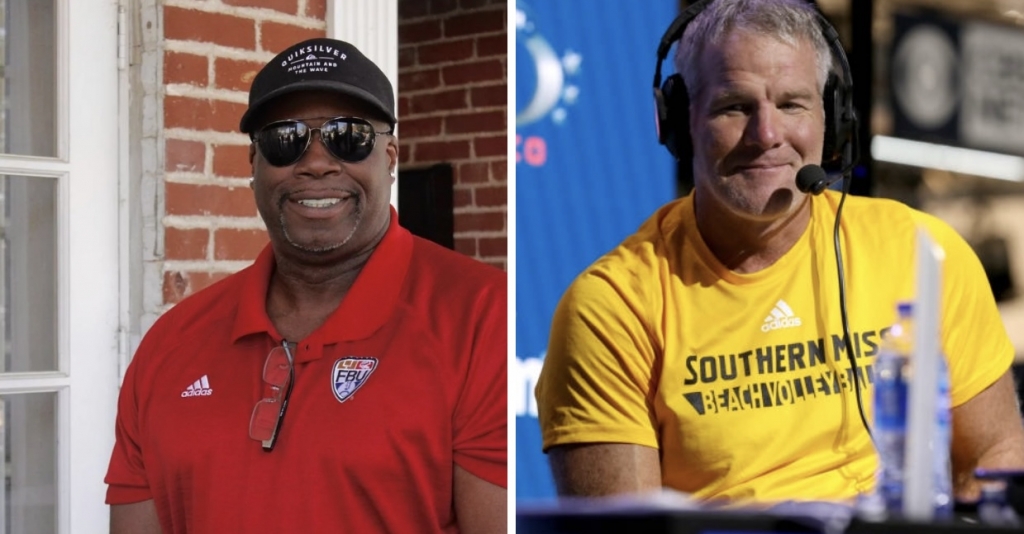 Former NFL quarterback and Pro Football Hall of Famer Brett Favre is in hot water for allegedly stealing welfare from the residents of his home state Mississippi. Favre reportedly received $8.1 million in welfare funds. The monies were for a volleyball stadium, a pharmaceutical startup and for appearances that he never made. He even asked for money to help his alma mater Southern Mississippi recruit current Jackson State quarterback Shedeur Sanders. Favre is part of a statewide welfare scandal which involved the misappropriation of $77 million in funds for the state of Mississippi’s neediest families.

Another person of interest in the scandal is former Oklahoma Sooners running back Marcus Dupree. The former All-American tailback is a Philadelphia, Mississippi native who had a lawsuit field against him in May. The suit claimed Dupree was also paid large amounts of money which was solely intended to help the neediest families in the poorest state in the country. Dupree recently denied those allegations and doesn’t wanna be put in the same boat with Favre. In an interview Dupree told ESPN, this …..

“I don’t appreciate being lumped into something like I took money. I worked too hard on my reputation to do the right thing and be the right person, and I don’t like what’s going on.”

Mississippi’s median household income is a putrid, $46,511. It also has nearly 20 percent of its residents living at or below the poverty line.

Dupree was reportedly paid $371,000 in funds from Temporary Assistance for Needy Families (TANF).

While Dupree is claiming innocence in this very disappointing scandal, he allegedly received payments from a MDHS action called Families First For Mississippi. The initiative is said to be operated by two nonprofit organizations, and the lawsuit mentions the former do-it-all tailback receiving funds as a speaker and endorser of sorts.

During the interview with ESPN, Dupree stated he was in the dark on Nancy New, the leader of one of the nonprofits using misappropriated welfare funds to pay him. He even told ESPN that he “was shocked” to hear that New pleased guilty to 13 felony charges which include bribery, fraud and racketeering.

Unfortunately for Dupree he is lumped in with any, and everybody else that was involved in the receiving of the misappropriated welfare funds.

Favre or Dupree haven’t been formally charged but as of now it’s more of a guilty-by-association until this unfolds more.

Dupree also said his reputation has taken a noticeable hit.

“I’m getting lumped in with whatever Brett Favre and the governor had going on. I didn’t even know about that, nothing. I was shocked when I heard it. I can’t wait until we go to court. I don’t know what Brett did. I can only speak for Marcus.”

Dupree Was A Can’t Miss Prospect That Floundered After College:

The supremely talented Dupree was once a can’t miss talent. In 1982 he was top recruit in the nation and chose Oklahoma. While he flashed early on in Norman, his career was marred by injuries. He never made an impact as a pro in either the USFL or NFL.