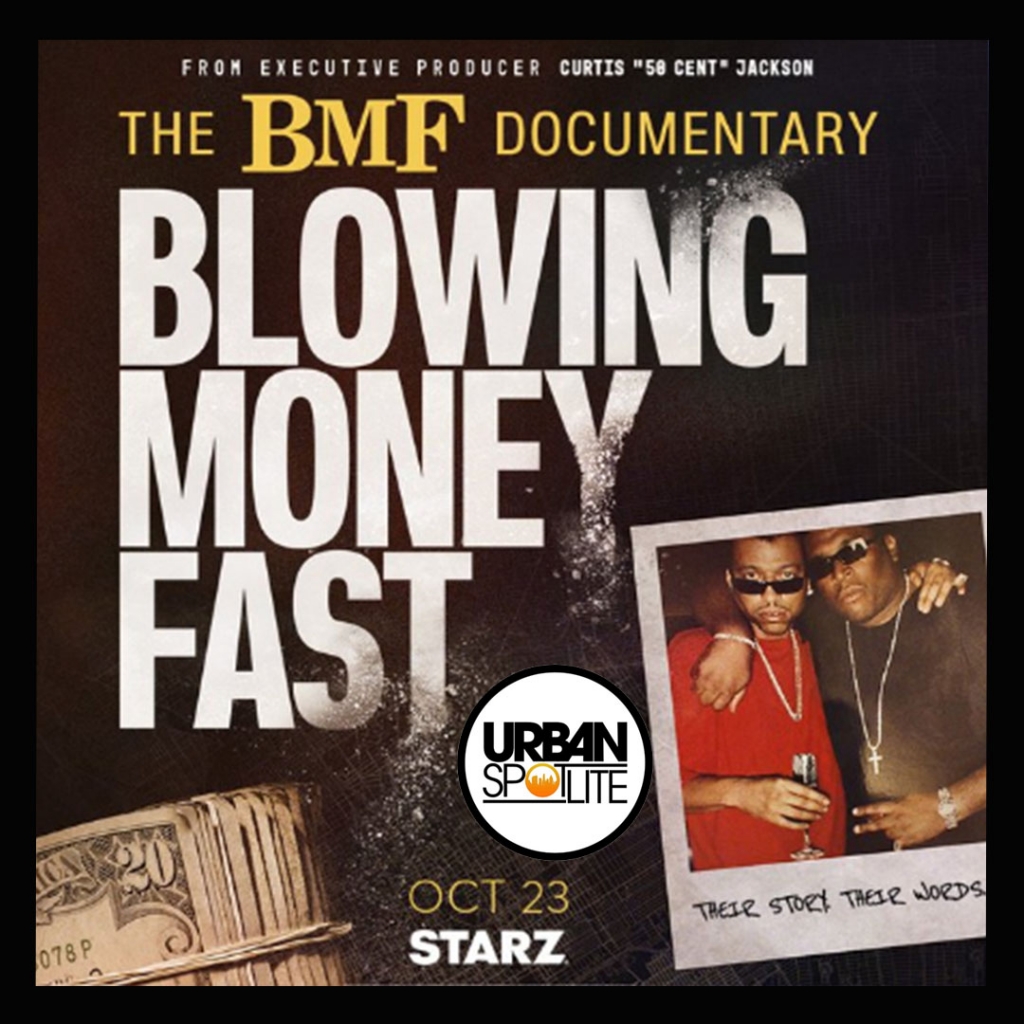 The infamous BMF was created in 1985, in Southwest Detroit by brothers Demetrius “Big Meech” Flenory and Terry “Southwest T” Flenory, and had so much money, they had parties with Elephants, money, women, excessive jewelry, and everything they could dream of. While making over $270 million in drug money, Meech and T were arrested in 2005. Starz already had a successful scripted series about the two but now an official documentary is coming on October 23. 50 announced The BMF Documentary: Blowing Money Fast, will premiere Executive produced by 50 Cent, and was originally an eight-piece weekly series but was condensed into one film/documentary. “The docuseries will offer an inside look at different perspectives from all of those involved, BMF — Blowing Money Fast,” 50 said. “The success of BMF demonstrates a continued rise in fan demand and interest in the story of the Flenory brothers,” Jeffrey Hirsch, President, and CEO of STARZ said previously. “We’re excited to dive deeper into the world of Blac