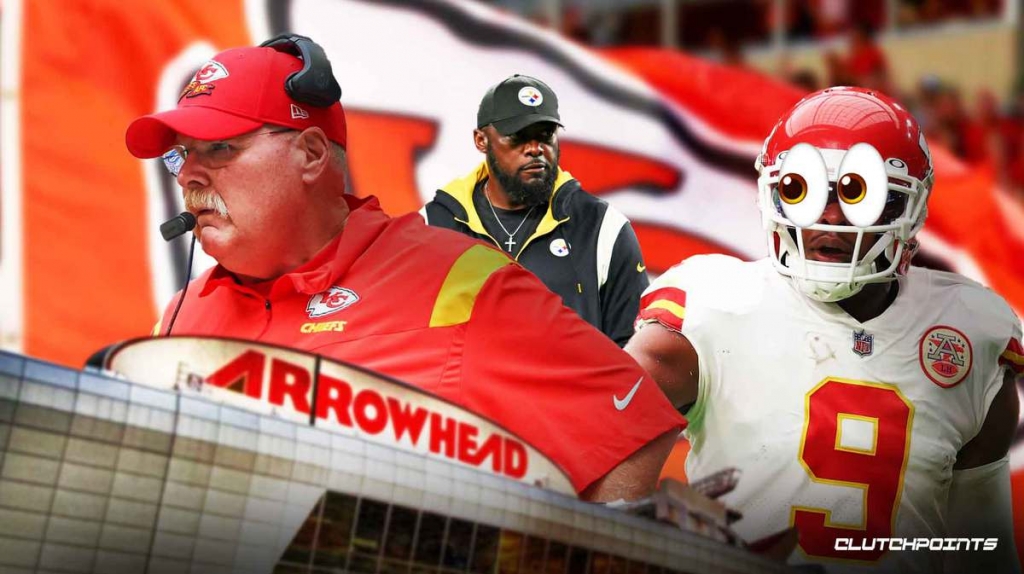 It’s no secret that the Kansas City Chiefs are arguably the best run franchise in the NFL. From their ownership, GM head coach Andy Reid and the game’s best signal caller in Patrick Mahomes. That formula has led to unseen success, which includes two Super Bowls appearances, one Super Bowl win and four consecutive AFC championship games. The formula has been about an innovative and explosive offense that understands how to attack the defense by not ever giving it the same look. That was the case on Sunday night in the Chiefs 41-31 wire-to-wire road win over the Buccaneers and the then league’s top defense.

Reid, offensive coordinator Eric Bieniemy and Mahomes shredded Buccaneers head coach Todd Bowles defense to the tune of 417 yards, which included 217 through the air and 189 on the ground. The playcalling was the stuff you f legends by Reid and staff, and that’s the reason first-year Chiefs wideout JuJu Smith-Schuster chose KC during free agency over a handful of other suitors.

In an interview with Melissa Stark of NBC Sports prior to Sunday night’s game, Smith-Schuster spoke about the offensive differences he sees in KC versus Pittsburgh.

Stark said this about her interview with JuJu.

“JuJu Smith-Schuster told me this week it is awesome to have an offensive-minded coach in Andy Reid.”

“He has learned more in these last few months in KC than he did in all five years in Pittsburgh…. Reid gets you to understand how to read a defense.”

Seems like a personal shot at Mike Tomlin and the Pittsburgh Steelers who’ve had success on offense, but a lot of it was predicated on their talent moreso than scheme. When you have future Hall of Famer Ben Roethlisberger, wide receiver Antonio Brown and running back LeVeon Bell, aka “The Killer Bs,” were arguably the most lethal trio in the league at that time. That along with an elite offensive line and that’s why the results were so good. And Smith-Schuster benefited greatly from the attention on those three conmanded, accumulating nearly 2,400 yards receiving and 14 touchdowns his first two seasons. But again that was really without a scheme that the Steelers could lean on in big moments, they just usually had more talent then their opponents.

During Smith-Schuster’s five years in Pittsburgh the team had three offensive coordinators, Todd Haley, Randy Fincher and Matt Canada. Of the three Haley was the best, but even he isn’t the same stratosphere as Andy Reid and Eric Bieniemy and what they do from a innovative playcalling standpoint. Fincher was about as average as one could be and Matt Canada runs a college RPO system that really doesn’t fit the Steelers personnel.

As far as Smith-Schuster’s comment about what he’s learned under Reid and the Chiefs versus Tomlin and the Steelers, can he directed back to Tomlin’s forte being defense and when you have a defensive-minded coach, offense is always second nature. Tomlin’s OC hires over the years prove just that, and the real reason he succeeded on that side of the football was he always had Ben Roethlisberger one of the best QBs of the last 15-20 season and an all-time great. He made all the offenses work no matter how bad the playcaller.

No team is as creative offensively as KC, and their redzone offense is the best in football. The way they use every nook and cranny of the condensed field is a thing of beauty. Redzone playcalling is where you separate the decent playcallers from the great ones. And how they dissect a defense by using multiple formations and shifts makes coordinators on that side of the ball try things that end up hurting them like bringing too much pressure, and looking to consistently attack the offense. In doing so, Reid and company have schemes designed to beat pressure, called “Blitz Beaters,” throw-in a mobile, cool and calm QB and it spells disaster for the defense.

This is why Smith-Schuster says he’s learned so much in so little time, KC’s playcalling has an answer for all defenses, and it benefits all the playmakers around the QB.