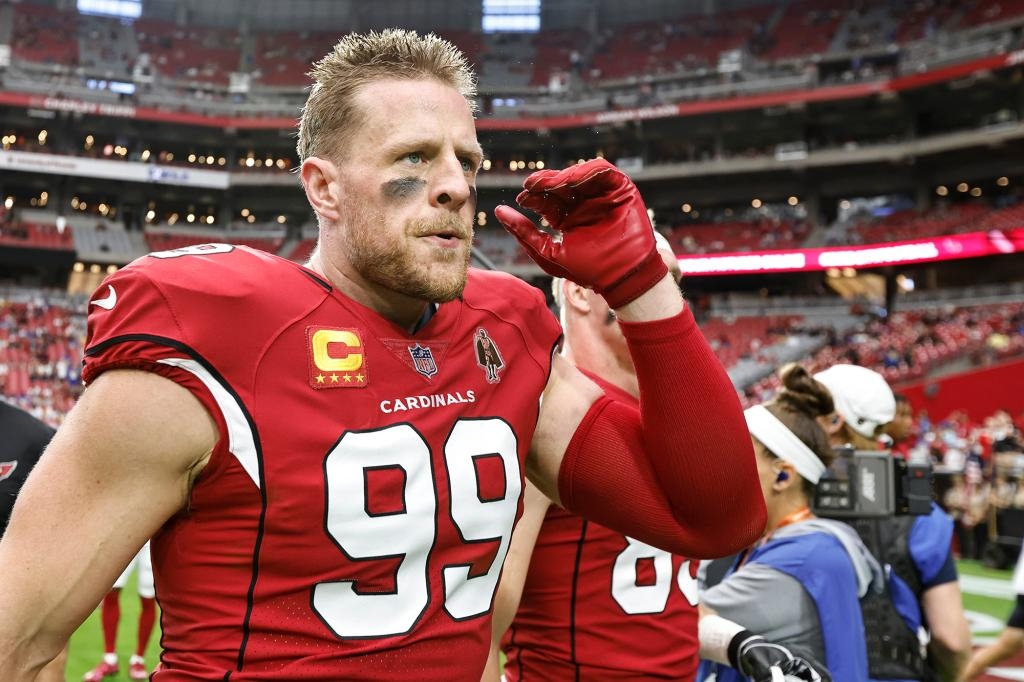 Arizona Cardinals defensive lineman J.J. Watt burst onto the scene in 2011 when the Houston Texans made him the 11th overall pick in the 2011 NFL Draft. Watt was taken because of his relentless style of play, toughness and grit that he displayed at Wisconsin. In his rookie season the former Badgers star showed everyone what he could be with 48 tackles, 5.5 sacks, and 28 QB pressures. Most of his work was done on the inside as a defensive tackle. In his second year Watt took home the NFL Defensive Player of the Year his first of three in a four-year span, he also won the award in 2014 and 2015.

Since starting every game from 2011-15, Watt has missed 42 games over the last six seasons, due to a variety of injuries. Those injuries range from back surgery, fractured tibia, pectoral muscle and shoulder surgery. As dominant at Watt was prior to this rash of injuries one can only think what could’ve been if not for the injuries.

Watt Is A First-Ballot Hall of Famer: He Was On A Best Defensive Player Ever Trajectory

Watt’s play early on his career was downright dominant, in his first five seasons he accrued 74.5 of his 104 career sacks. Under the tutelage of then defensive coordinator Romeo Crennel, Watt flourished in a system that moved him around just about every play. Crennel applied the same tactic he used in New England with 2022 Hall of Fame inductee Richard Seymour. While Seymour was great at what he did, Watt’s athleticism allowed Crennel to do more with him within the scheme.

Since 2016 Watt has only 29.5 sacks, and sixteen of those came in 2018, when he played every game of the season. In fact it was the only season his first five where he suited up for every game.

Watt was on a trajectory that would’ve put him in rarified air, and mentioned amongst the greatest defensive players ever.

Watt Is Still Playing: Had A Heart Procedure Last Week

After missing the final ten regular season games of 2021 due to shoulder surgery, Watt returned for the Cardinals playoff loss to the Rams. Coming into 2022 Watt was expected to be a full strength and healthy after a great offseason. While he isn’t the dominant defender he once was as age and attrition have caught up to him, he’s still someone that offenses have to account for weekly.

Prior to Sunday’s road win over the Carolina Panthers, Watt revealed that he had a heart procedure during the week to his irregular heartbeat back in rhythm. After hearing that information concerning his health had been leaked, Watt took to Twitter to say this.


“I was just told somebody leaked some personal information about me and it’s going to be reported on today.”

“I went into an A-Fib on Wednesday, had my heart shocked back into rhythm on Thursday and I’m playing today.”

For Watt it’s another serious medical situation that unfortunately has become a part of his Hall of Fame career. His body failed him or we could be talking about him being even higher on the all-time defensive hierarchy.