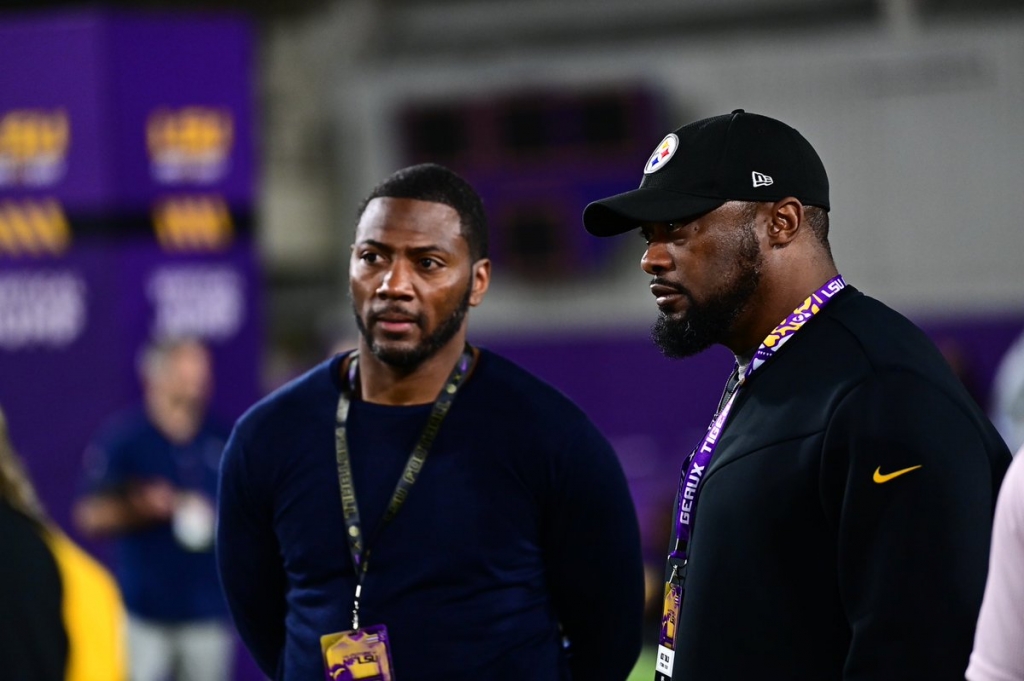 The Pittsburgh Steelers are in unfamiliar territory with no easy fix in sight. The team is reeling at 1-4 having lost four straight, after a season-opening overtime win over the Bengals. The team hasn’t looked good in any phase of the game, the offense is stale, the defense looks slow and unsure of itself without reigning defensive player of the year T.J. Watt available and special teams hasn’t had many opportunities because the team can’t score.

While all of that is fixable over time, following  Sunday’s beatdown former Steelers player turned ESPN analyst Ryan Clark questioned the teams desire and want to compete. In Clark’s words the team quit.

Clark said … “this team didn’t play like winners,” amongst other things.

Ryan also said Mike Tomlin is his favorite coach in the world, but this starts with him.

The Steelers looked unprepared and disinterested from the opening kickoff, and outside of rookie quarterback Kenny Pickett, came to Buffalo ready to roll over. Those are strong words from a former Super Bowl-winning player with the Steelers under Tomlin,  but he felt it needed to be said.

Tomlin Responds To Criticism: Keeps It Cool Per Usual

“Ryan is paid for commentary. And so, I understand that, and I think our guys understand that. I mean, he’s on ESPN every single day, and so it’s his job to talk about what transpired and we realize how poorly we played on Sunday. And so we don’t dispute anything that somebody says from a commentary perspective or dig too much into it and things of that nature. Man, we got so much to work on in terms of what’s going on in here and in preparation for our next opportunity. That’s irrelevant.”

Tomlin being Tomlin, and doing his best damage control. This is his first season without future Hall of Famer, Ben Roethlisberger under center and it’s showing mightily. Offensive coordinator Matt Canada is also under fire for his sorry showing weekly as it pertains playcalling.

Tomlin doesn’t seem ready to move on from the embattled Canada, saying this about him during the presser.

Steelers wideout Diontae Johnson seemed to take more exception to Clark’s comments than Tomlin. He even told Clark to suit up and play.

Bradshaw is the former Steelers quarterback and Pro Football Hall of Famer. He was at the helm of the franchise’s first four Super Bowls.

During an appearance on FS1’s Speak For Yourself In 2020, Bradshaw told those on the he didn’t believe Tomlin was a great head coach.

Bradshaw has always questioned Tomlin as an X and O coach, but what he doesn’t realize is Tomlin is a leader of men. One who’s well-respected and has began his coaching career with 15 consecutive non-losing seasons, an NFL record. When someone does that while boasting a 167-96 regular season record, with two SB appearances and one SB win, that qualifies him as a great coach. Of course his 8-9 playoff record could be better but it shouldn’t take away from him being a great coach.