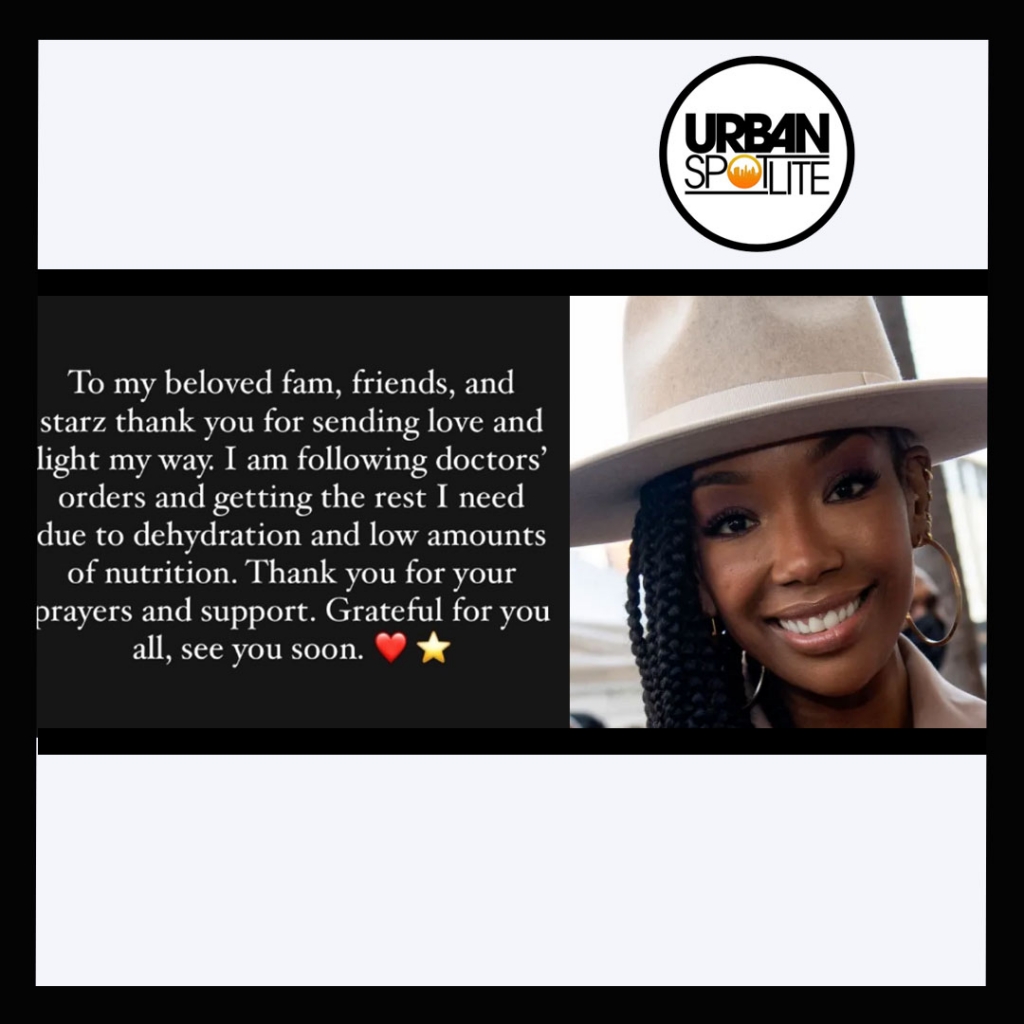 BRANDY SUFFERS FROM A SEIZURE NOW IN RECOVERY

Brandy was hospitalized after suffering a seizure at her home in Los Angeles. We hear she is recovering from the scary situation and is following her doctor’s orders. She also sent a tweet to update the public on her condition. Law enforcement and EMS workers were called to her house when everything happened and she was taken to a local hospital. Several other artists suffered from seizures over the years like Rick Ross and Lil Wayne due to overexhaustion.