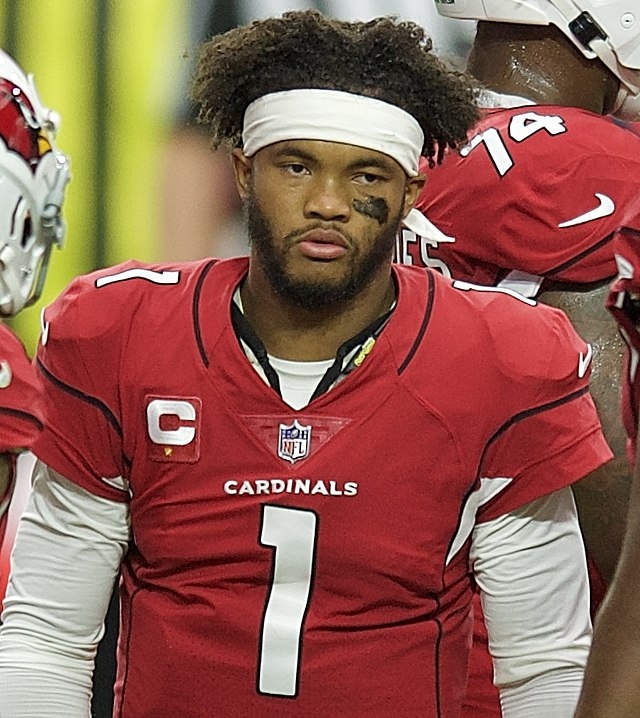 Cardinals Quarterback Kyler Murray On Getting DeAndre Hopkins Back, And Team Trading For Robbie Anderson

At 2-4, one would think the Arizona Cardinals are in a bit of a quandary. But with the rest of their division at .500, they find themselves just one game out of first place. While that sounds good, there’s a lot of things wrong in the “valley of the sun.” This season the offense has regressed immensely, and while a lot of that has to do with All-Pro wide receiver DeAndre Hopkins being suspended for the first six game of the season for violating the NFL’s policy on performance-enhancing drugs, his return won’t be a cure all.

With D-Hop scheduled to make his 2022 debut on Thursday, star quarterback Kyler Murray told reporters this about what he looks forward to with his return ….

“His energy, man, it seems like every time to see him on the field …. there’s a reason he’s the best.”

“Hopkins return is not a miracle cure that everything is gone. We still have things to get better at, still things we need to fix.”

Thursday’s game against the Saints will be Hopkins first game since Week 14 of last season when he torn ligaments in his knee.

While Excited Hopkins Says There’s A Lot Of Work To Be Done:

D-Hop is one of the five best pass catchers in the league, known for his elite route-running and strong hands. He also knows how him just being on the field will help the other receivers. But he also knows just him returning won’t fix all the Cardinals offensive woes.

“One person can’t go out and win a game, but it does help having someone like myself out there who can dictate how defenses play us. Last year was a great example of that and me not having a game over 100 yards, a lot of people saw it as me having a down year. I look at it as a productive year because I got a lot of guys open. There are a lot of things that go into a football game more than just fantasy stats or yards.”

The return of Hopkins definitely settles a receiving corps that’s struggled with consistency since he last played in 2021. The team also traded for former Carolina Panthers speedster Robbie Anderson, who was moved the day after several verbal altercations with Panthers coaches during Sunday’s loss to the Rams.

Anderson’s arrival should help soften the blow of losing the team’s leading receiver this season, Hollywood Brown to a foot injury that will keep him sidelined for at least six weeks. The addition of Anderson will still give head coach Kliff Kingsbury a vertical threat over the top.

The Cardinals haven’t hit the 30-point plateau this season, and they’ve only reached 400 yards once. Kingsbury said he’s never had an offense look so anemic during his time as a coach. While his QB, Murray, said he hasn’t seen this bad an offense since his rookie season.

For their sake maybe these two additions can help solve those offensive woes.