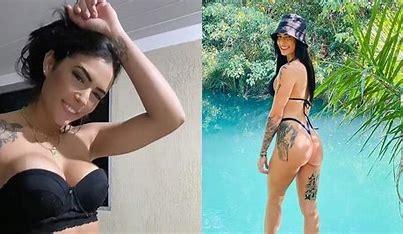 The life of an influencer is glamorous but can also be dangerous. Brazilian influencer Núbia Cristina Braga has been killed in a hail of gunfire at her home, according to reports.


The social media personality was shot and killed by two gunmen on motorcycles at her house in a throwback, 80s Miami-style murder that was common at the height of the cocaine era. The attackers then fled the area, Jam Press reported.

Ms Braga, who had almost 60,000 followers on Instagram, was discovered dead at her home in the Santa Maria neighbourhood of Aracaju on 14 October. Ms Braga was found dead in a pool of her own blood at around 9pm.

Aracaju is the state capital of Sergipe on the northeastern coast of Brazil.

Authorities have said that Ms Braga was returning home after visiting a hair salon, which was shown in her last story on Instagram.Local media reported that the two gunmen arrived on motorbikes, entered the home through the front door, which was open at the time, and shot her several times before leaving.


Once again, giving up location on social media leads to a tragic situation.