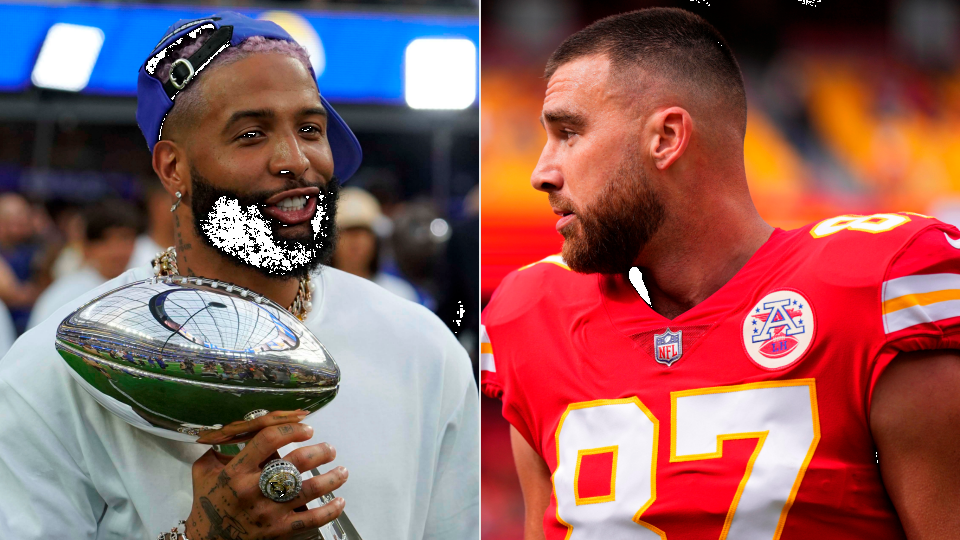 Following Sunday’s 24-20 home loss to Buffalo Bills the Kansas City Chiefs are 4-2 and in first place in the AFC West. And while their offense has been good this season, they’re missing that dynamic homerun threat that former receiver Tyreek Hill brought before being traded to the Dolphins during the offseason. The likes of tight end Travis Kelce, JuJu Smith-Schuster, Marques Valdez-Scantling, Mecole Hardman and Skyy Moore have been solid but no one has assumed the role of throwing fear into opposing defenses with deep speed.

During Sunday’s loss that was never more obvious as the Bills played the Chiefs defensively as they never would’ve with Hill on the other side. That raised some eyebrows and now there’s rumors that the team may be looking to add free agent star wideout Odell Beckham Jr.

During Kelce’s podcast called “New Heights,” with his brother and Eagles All-Pro center Jason Kelce, Travis mentioned he’s all about doing whatever it takes to make the team better. So when the team contacted his agent about converting his salary into a bonus to free up cap space, he was all for it.

“Yeah, my agent just hit me up and said they want to free up some cap space. So, I was like, I get the money now? All right. And it frees up cap space for us to get better as a team.

“I’m not sure yet. It’s a start move, right? You’re freeing up cap space to be able to do something.”

Jason Kelce Believes Adding OBJ Could Be Huge For KC:

KC is in need of a proven deep threat and that’s what OBJ brings, on top of his elite route running and great hands. Travis’s brother, Jason who’s Eagles are the lone remaining unbeaten in the NFL, added A.J. Brown via trade on draft night and the move has done wonders for rising QB Jalen Hurts and the Eagles offense as a whole. So he knows what an addition like OBJ could mean for a Chiefs team that’s good, but could become great with him. And of course Travis wants it to happen, saying this ….

“I want them to come true. I’ve not heard anything in the locker room or anything around the facility.”

“Something in the air for sure.”

Jason added fuel to the fire with this statement ….

“We can neither confirm nor deny, but we will speculate. Look forward to seeing OBJ in a Chiefs uniform.”

OBJ Is On His Recruiting Tour:

While a decision looms for Beckham and its almost certain that he’ll join a contender, teams like the Bills, Rams., Ravens, Packers and Chiefs are all in on the former NFL Offensive Rookie of the Year and three-time Pro Bowler.

KC or Buffalo is where this dynamic playmaker will end up.