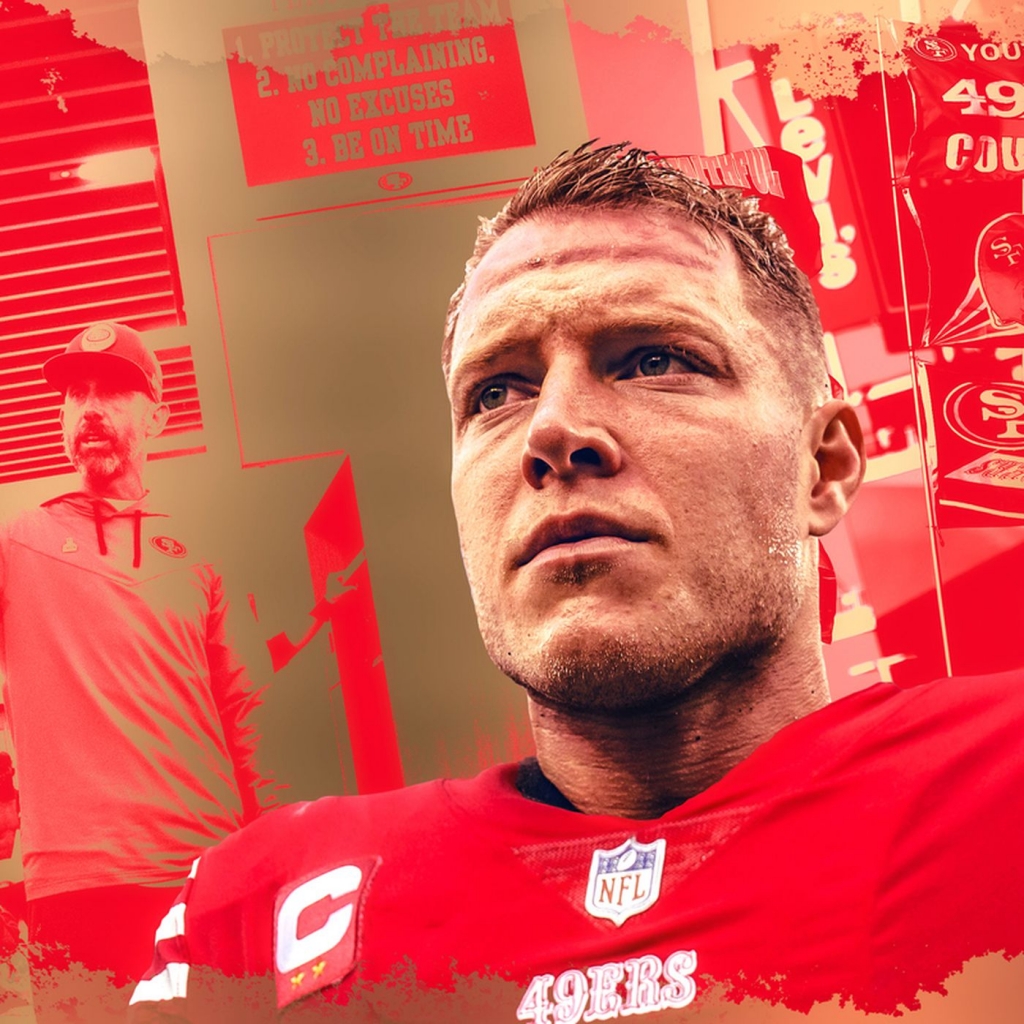 The Carolina Panthers are cleaning house. After firing head coach Matt Rhule of his duties last week, the team then traded disgruntled wideout Robbie Anderson to the Cardinals on Monday. While those two moves signaled a team looking to make some changes, Thursday’s move of trading franchise running back Christian McCaffrey to the Niners for picks is a sign that the Panthers are complete rebuild mode.

The move helps both teams. For the Panthers it makes sense financially for a team that’s not anywhere near being a contender. And for the Niners it gives them a dynamic weapon in the running game. The move was bound to happen following Sunday’s 24-10 loss to the Rams a downtrodden and frustrated McCaffrey told reporters this ….

With that not happening anytime soon with the 1-5 Panthers, team brass decided to move their best player.

Kyle Shanahan Gets To Right A Wrong From The 2017 NFL Draft:

During the 2017 NFL Draft, head coach Kyle Shanahan’s first, the Niners strongly considered drafting “Run CMC,” with the No.3 pick. The team instead opted for McCaffrey’s Stanford teammate Solomon Thomas. Now Shanahan will have the opportunity to coach a running back who fits his zone running scheme probably better than any back in the league.

It’s also a bit of a family affair, as McCaffrey gets to play for the son of the coach (Mike Shanahan) his dad Ed won two Super Bowls with in Denver. Kyle recently got an up close and personal look at Run CMC, as the two teams played in week 5 l, with the Niners winning going away 37-15. Following the game, Kyle had this to say about his play and health.

“McCaffrey’s healthy. And he looks the same as he use to. He is a problem.”

McCaffrey’s health has become a huge issue for the former All-Pro, who missed 23 of 33 games during the 2020 and 2021 seasons. He’s played every game this season totaling

393 yards on 85 carries for a 4.6 yards per carry average. He’s also got 33 receptions for 277 yards. Those numbers are with a very average offensive line and offensive team. And while the Niners aren’t exactly putting up huge

numbers themselves on that side of the football, they have some quality personnel.

George Kittle and Jimmy Garoppolo under center is much better than his supporting cast in Carolina.

With defensive coordinator DeMeco Ryans leading a Super Bowl-caliber defense in San Fran, the question mark has been the offense. One which averages just 18 points per game, and looks to have no identity. That’s strange for a Kyle Shanahan based offense, but adding a guy like McCaffrey should help with that right away. He’s just as capable toting the mail as he is receiving it out of the backfield.

But they’ll need him to stay healthy for this to work,
and as of now there’s no way of telling if that’s possible based on his injury history.