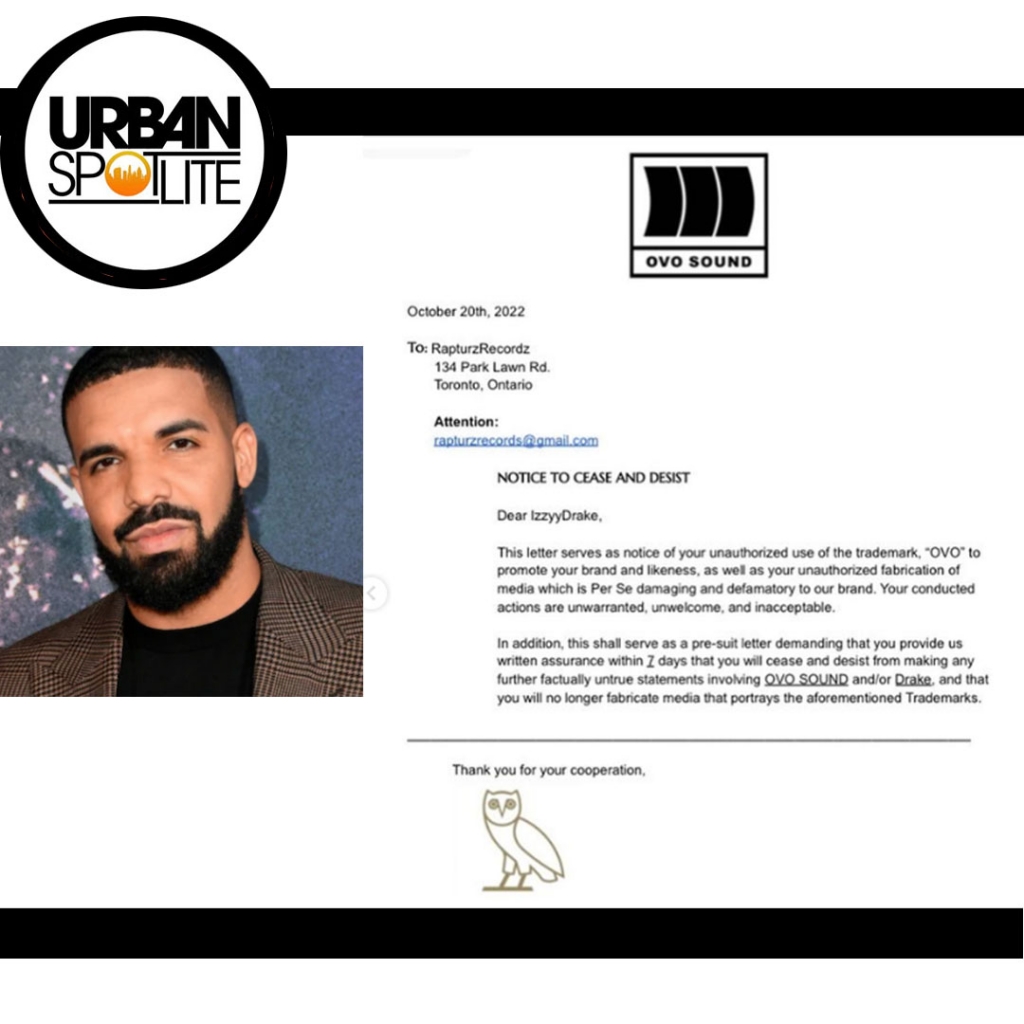 Boy oh boy do I respect Drake. Check this out. So with all these kids trying to impersonate their idols and making money off of them, Drake is said to have threatened to slap fake Drake....LMFAAAOOO!!!! Fake Drake has done everything to get Drake's attention from inviting him to a celebrity boxing match to wishing him a happy bday facetime, to other less inviting invitations. After a while, yes ANYBODY would get ANNOYED!!! Listen to "Fake Drake" tell his story: “I pulled up to Drake’s hotel room, let’s just say it wasn’t very inviting,” he told the We In Miami Podcast in August. “They tried coming at us, they just tried coming at us so I ended up texting him, telling him about the fight and he said that he’s gonna go up and slap me for free.” LMAAAOOO....

Tired of this little boy's shenanigans, Drake has now sent a cease and desist letter to FAKE DRAKE and FAKE DRAKE respond like this: “Happy birthday to the greatest artist in history and my biggest inspiration,” he wrote. “I got this cease and desist letter from OVO couple days ago and as a respectful b day gift to @champagnepapi I changed my name from IzzyyDrake to Izzyyfamous. More life my OVO brother @preme @bakanotnice @tvgucci.” What is going on with this guy? He can't be happy with being himself? LOOKS LIKE HIS $5,000 a night hustle days may be coming to a close. At first IZZY Drake said “He got in contact with Drake and Drake was just like, ‘It doesn’t bother me, it doesn’t affect me. Let the guy get his bag. It’s not affecting me. If you think it’s gonna go wrong if you’re posting him on your [Instagram Stories] and everything, just keep the peace.'” Seems like FAKE DRAKE or IZZY DRAKE annoyed the poor man until he had to send this letter. SMH. THIS IS ALL VERY SAD. BE COMFORTABLE WITH WHO U ARE AND FORGET A QUICK MONEY GRAB.
Tags:  FAKE DRAKE