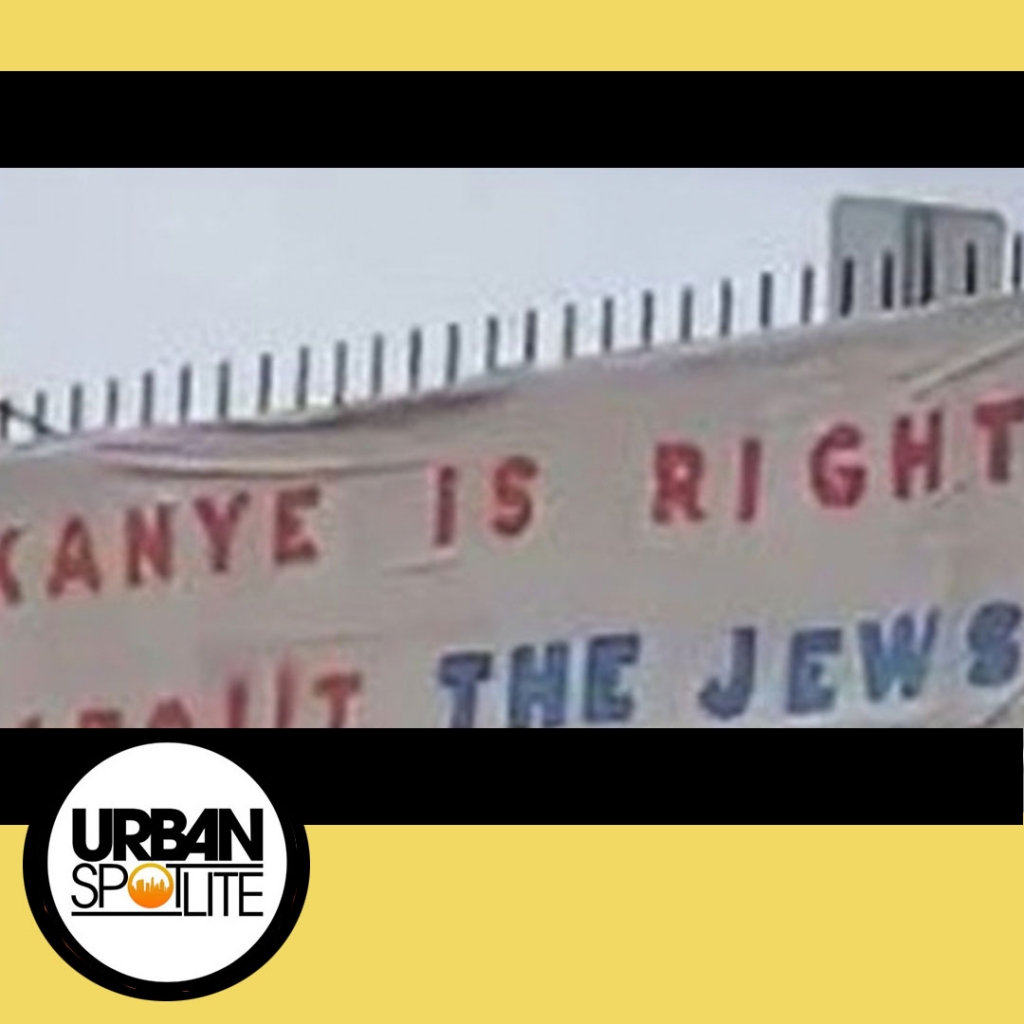 KANYE SPEECH HAS PEOPLE AGREEING WITH HIM

This next story is purely objectional. Everybody will have their own spin on the story, but one thing that's a fact is Jews stick together. Over the weekend The Goyim Defense League, a white supremacist group, gathered in Los Angeles over the weekend on the 405 freeway, where they hung a banner that read, "Kanye was right about the Jews." Kanye said he was going "going death con 3 [sic] On JEWISH PEOPLE." Kanye's tweet has been removed and his account was locked. During an appearance on Piers Morgan's show, Kanye said that he wasn't sorry for his comments, but he added that he was sorry to the people he hurt.

Mayor Eric Garcetti also spoke out, writing, "We condemn this weekend’s anti-Semitic incidents. Jewish Angelenos should always feel safe. There is no place for discrimination or prejudice in Los Angeles. And we will never back down from the fight to expose and eliminate it."