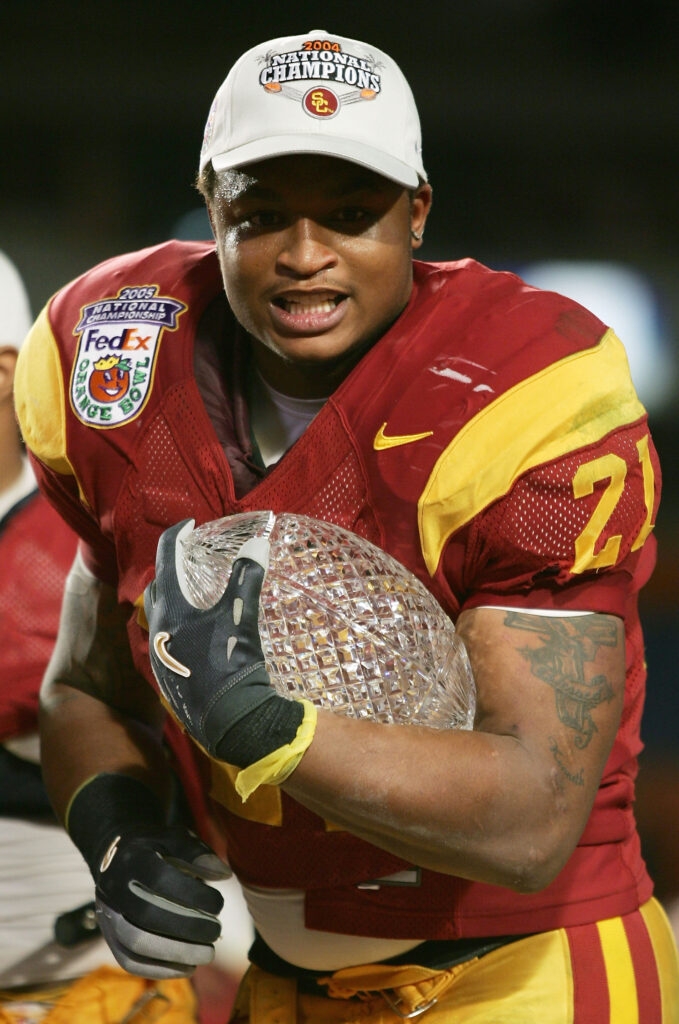 Former USC Trojans running back Lendale White, is telling the story of how someone left $150K in the apartment he moved into upon arrival at the school. During a recent appearance on the popular Barstool Sports “Bussin’ With The Boys” podcast, White went into detail about how things reportedly went for those prized student-athletes that graced the USC campus out in Southern California.

Podcast’ hosts former NFL player Will Compton and current Titans offensive tackle Taylor Lewan are known for asking what others won’t, and that was no different during the interview with White. The question of illegal  benefits received during his college years came up and White was pretty open to talk about what he had, although he never once said they were impermissible. He was also asked about his former USC teammate Reggie Bush who had his Heisman Trophy taken back after an investigation proved the star tailback received illegal benefits.

Compton went right for the jugular asking, White this ….

“Are we talking coaches? We talking about boosters? What?”

That’s when White opened up about some money appearing in his apartment at USC.

“I really don’t know what a coach or a booster is. All I know is I had a nice house or apartment, and when I went in there, I know that there was somebody left something behind. I don’t know if it was for me or not, but I never told anybody they left it there, and I kept it.”

White said someone left some big money for him ….

White also revealed he drove around the streets of Tinseltown in a luxury vehicle.

White’s Story Didn’t Help Reggie Bush’s Cause At All:

In 2010, the NCAA ruled that Reggie Bush would receive major sanctions from his time at USC where he helped the program win back-to-back national championships in 2003 and 2004. The sanctions stemmed from Bush allegedly receiving impermissible from a marketing agency during his tenure at USC. He was also stripped of his 2005 Heisman Trophy.

While Bush has been adamant of no wrongdoing, hearing White speak in that manner doesn’t do Bush any favors at all. During a September appearance on the I AM ATHLETE podcast, Bush called the investigation into him at USC, “a sloppy one.”

Bush is telling his side of the story, but again where did $150K come from in White’s residence. He was Bush’s backup, so if he did receive any illegal benefits, then Bush being the best player in college football probably did as well. One can only assume, but it’s highly plausible.

Bush comments came on the heels of trying to have his collegiate records and Heisman reinstated. But to no avail.

In today’s NIL era, Bush and White would’ve been paid handsomely legally. But unfortunately they were in the era where student-athletes couldn’t receive benefits from their, name, image and likeness.

Bush And White Were A Dynamic Duo:

Nicknamed “The Showcase” and “The President”, and Thunder and Lightning, Bush and White were a lethal duo in then head coach Pete Carroll’s offense. During the 2005 season alone the duo combined for 3,042 yards and 40 rushing touchdowns.