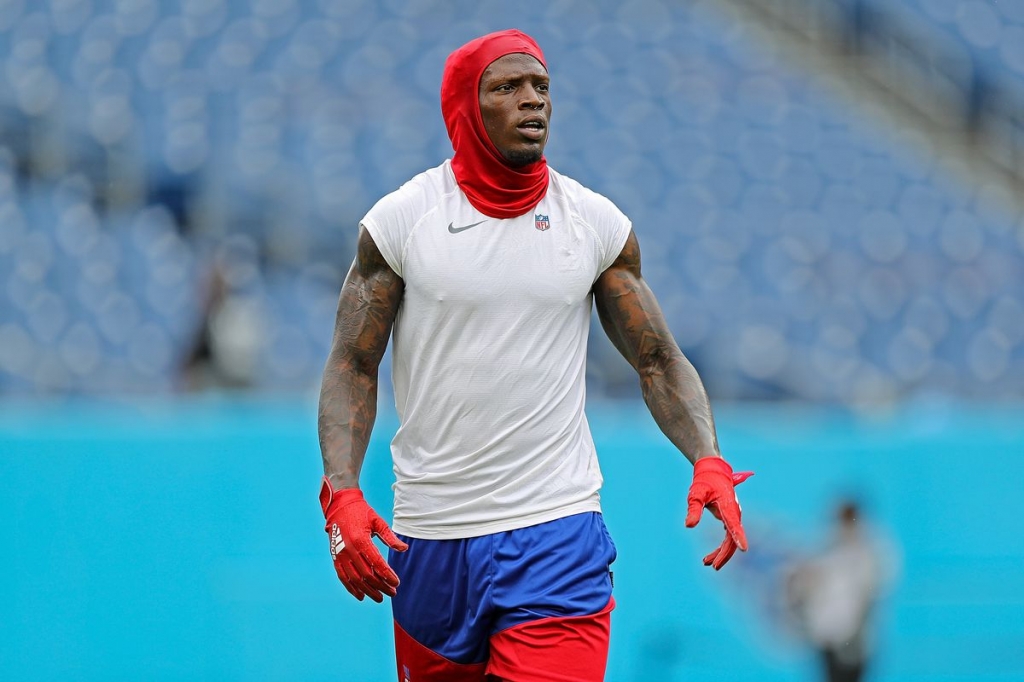 On Thursday the New York Giants traded their talented, but troubled wide receiver Kadarius Toney to the Kansas City Chiefs for a third-round conditional pick accrued from the Chicago Bears hiring former Chiefs executive Ryan Poles as their general manager. So in actuality the Chiefs landed a dynamic playmaker with a pick they didn’t expect to have. Since his arrival after being the 20th overall pick in the 2021 NFL Draft, Toney and the Giants didn’t see eye-to-eye very often. Toney was drafted by former Giants general manager Dave Gettleman, and he played his rookie season under lame duck coach Joe Judge.

With Gettleman and Judge out of the picture for 2022, and new GM Joe Schoen and head coach Brian Daboll running things in NY, things didn’t fare much better for Toney. He was in trade rumors all summer and on Thursday it came to fruition. Daboll who’s led the G-Men to a surprising 6-1 record, had this to say about moving on from the former Florida Gators star.

“We just thought it was for the best of the team. Wish Kadarius well.”

Considering the wide receiver position hasn’t been a strength for the Giants, Toney must’ve really fell out of favor for them to move such a potentially dynamic playmaker so easily.

Toney Says He’s Been Healthy Despite Team’s Claim He Wasn’t:

For weeks the Giants have listed Toney on the injury report with a nagging hamstring injury. But following his subsequent trade, Toney quickly tweeted that he’s healthy and he even insinuated he’s been ready to play for awhile.

“That joke would’ve been funny if I was actually hurt still Lol …. Irrelevant people don’t get updates.”

During his brief 24-game NFL career, KT has only played in 12 games. In those games he accumulated 41 grabs for 420 yards, including his 10-reception and 189 yard day in Week 5 of last season versus the Cowboys.

The trade to the Chiefs could unlock the dynamic playe we saw that day or the one who lit up SEC defenses weekly while at Florida. In those four years he had 120 receptions for 1,590 yards and 12 touchdowns. Displaying his dual-threat skillset, Toney also toted the rock for another 580 yards and five more touchdowns. He and Falcons tight end Kyle Pitts became a duo that no one could matchup with.

With the Chiefs the expectancy is he’ll be used in that manner, and provide some real homerun ability the offense has been lacking after trading Tyreek Hill this past offseason.

The 5-2 Chiefs currently lead the league in scoring at 31.9 points per game. They’re second in total yards with 403 per game. And Mahomes is second in the league in passing yards per game at 296. Toney joins a lethal, versatile group of pass catchers, but his skillset is unlike anyone else’s. And if there’s anyone capable of getting the most out of Toney it’s the trio of Andy Reid, Eric Bieniemy and Mahomes.