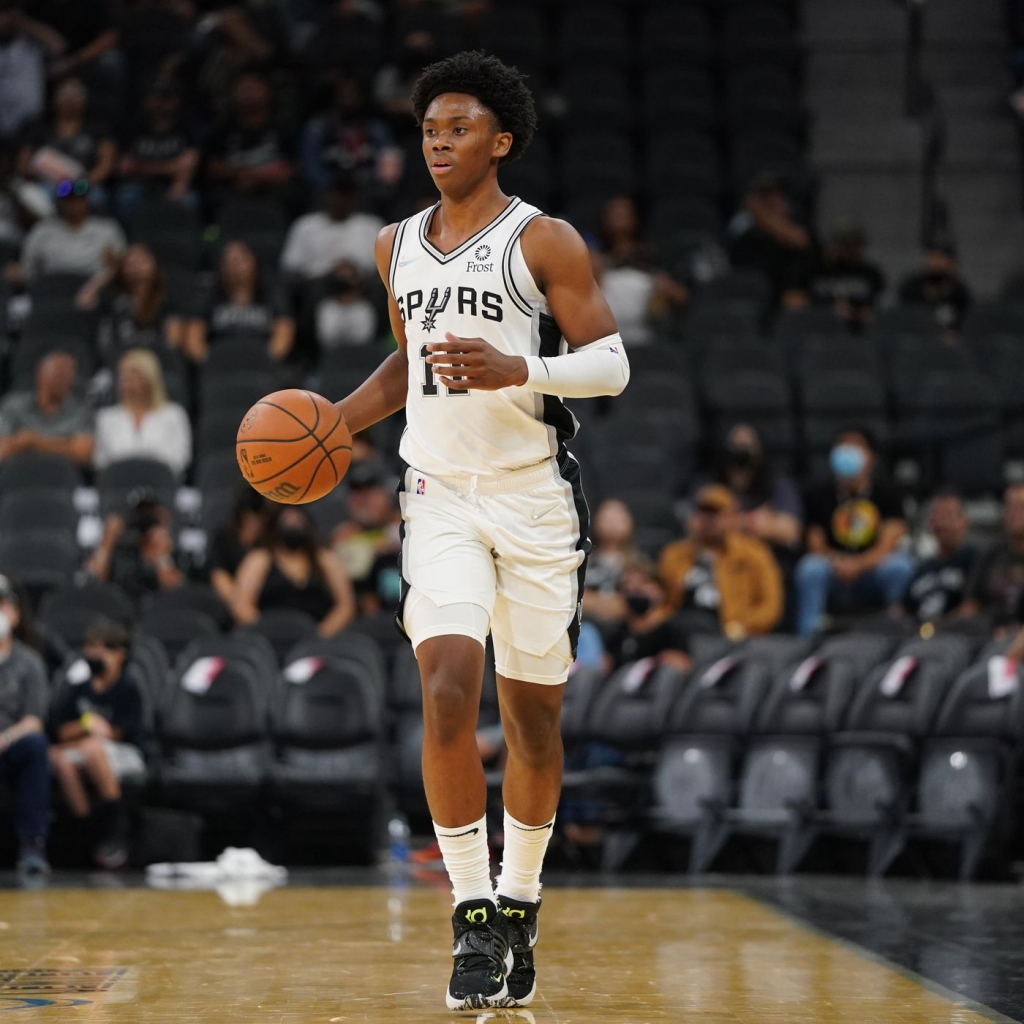 On Friday the San Antonio Spurs shocked everyone when they released second-year pro Josh Primo. The 19-year-old was the 12th overall selection in the 2021 NBA Draft out of Alabama. This season Primo was averaging seven points, five assists and four rebounds per game. This after cracking the Spurs rotation as a regular last season while averaging six points, three assists and three rebounds. With the Spurs in rebuild mode a player like Primo fits the mold of the young talented players head coach Gregg Popovich has accrued on the roster.

But with young players come immaturity, and that’s what seems to be the reason Primo was suddenly released with three years remaining on his four-year, $18.4 million rookie deal. Primo allegedly exposed himself to women on several occasions.

On Friday following the release, Primo attributed it to mental health issues that he as seeking help for.

“I know that you all are surprised by today’s announcement. I’ve been seeking help to deal with previous trauma I suffered and will now take this time to focus on my mental health treatment more fully. I hope to be able to discuss these issues in the future so I can help others who have suffered in a similar way. I appreciate privacy at this time.”

It’s hard to determine the mental health issues Primo is said to be suffering from with this new development of his release now being national news.

Spurs CEO R.C. Buford had this to say about the situation …

“It is our hope that, in the long run, this decision will serve the best interest of the organization and Joshua.”

Primo’s Alleged Situation Is The First Of It’s Kind In The NBA:

To hear Primo going around allegedly exposing himself is something that the NBA has never seen before. While there have been sexual misconduct and harassment allegations, never heard of someone actually themselves to women. And to think he reportedly did it more than once as it stated “several instances,” is a really bad look for the young guard.

Now Primo’s NBA future is up in the air as teams will wanna know more about the alleged situations and why would he do something of that nature. They’ll need to know that prior to him possibly joining another NBA team.

Spurs Are In Unfamiliar Territory:

After a run of nearly 20 seasons with Tim Duncan, Tony Parker, Manu Ginobili and Kawhi Leonard leading the way, the team is in transition with an aging coach in Gregg Popovich. Gone are the days of the five NBA championships and consistent 50-win seasons  that happened every season of Duncan’s career.

The new guard has to learn and adhere by the Spurs way and if not they won’t be in “The Alamo.”