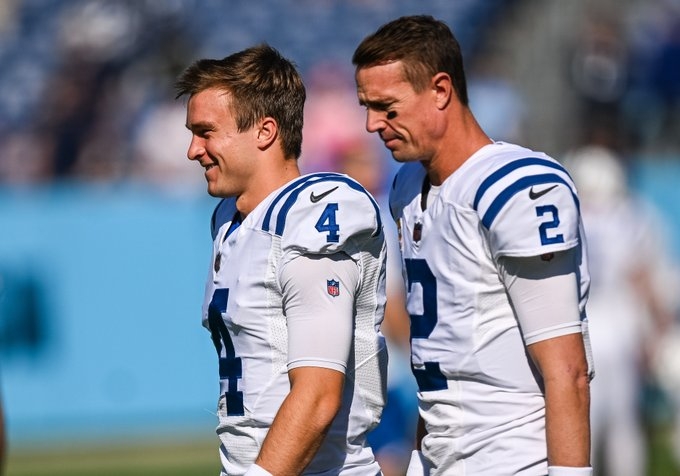 Under current head coach Frank Reich, the Indianapolis Colts haven’t had much success with the quarterback position. When Reich was hired in 2018, he had generational talent Andrew Luck, but following that lone season together, the aforementioned Luck retired due to nagging injuries. Since, the team has had a revolving door of retreads play the position, including Philip Rivers, Carson Wentz and this season Matt Ryan. Taking that route instead of adding a young signal caller to either develop or play right away seems to have backfired.

Ryan, the 2016 NFL MVP with the Atlanta Falcons, struggled mightily this season under center with 12 turnovers. Following last week’s loss to the division rival Titans, head coach Frank Reich made the announcement that the team was moving on from Ryan for the remainder of the 2022 season.

The move came as a shock to many, and on Sunday team owner Robert Irsay told ESPN NFP insider Chris Mortensen that he played a role in the move being made. “Mort” tweeted the following as it pertains to his chat with the outspoken Irsay.

“Irsay praised Ryan as a “true pro and leader,” but “Matt understands you can’t have 12 turnovers … the competitor in him wants to play.” “Our line let him down. He’s injured.. he’s shellshocked.” Sam Ehlinger talks heated up after Denver game, but “you don’t fire a QB after a W.”

Irsay Was Singing A Different Tune About Ryan Over The Summer:

During an August interview at the team’s training camps facility, Irsay raved about Ryan’s leadership. And why they chose to go with him as their QB for the 2022 season. He even said “Matty Ice,” would lead the team to it’s next Lombardi Trophy.

“I think the concerns were addressed with probably even in a more exciting way than I hoped.  We’re really excited about that and we really feel this is an outstanding football team with a lot of veteran leadership. It’s proven that we can get more turnovers than anyone in the league, it’s the best special teams group in the league, it has the best running back in the league with obviously the great player in Tennessee. So, there is so many positive things and I think Matt Ryan has been everything we hoped for and dreamed for.”

When asked about his expectations for the team under Ryan, Irsay was blunt saying.

“It’s to go and get the next Lombardi Trophy.”

Irsay was the one who pulled the plug on the Carson Wentz experiment after just one season. In comments following the Wentz trade Irsay mentioned how you must move on from a mistake instead of trying to keep living with it going forward. And that’s exactly what Irsay and the Colts did in swapping Wentz for Ryan.

Now it looks like they made another mistake by adding an aging and over-the-hill Ryan.

Irsay Has Been Outspoken In His Opinion Of Commanders Owner Dan Snyder:

During the NFL Fall League Meetings in New York, Irsay said what the other NFL owners have been talking about for months now.

As the two teams met Sunday in Indy, Irsay made it clear he doesn’t make it a point to visit with other team owners prior to or during games and he wouldn’t be doing so with Snyder either.

And that he didn’t.