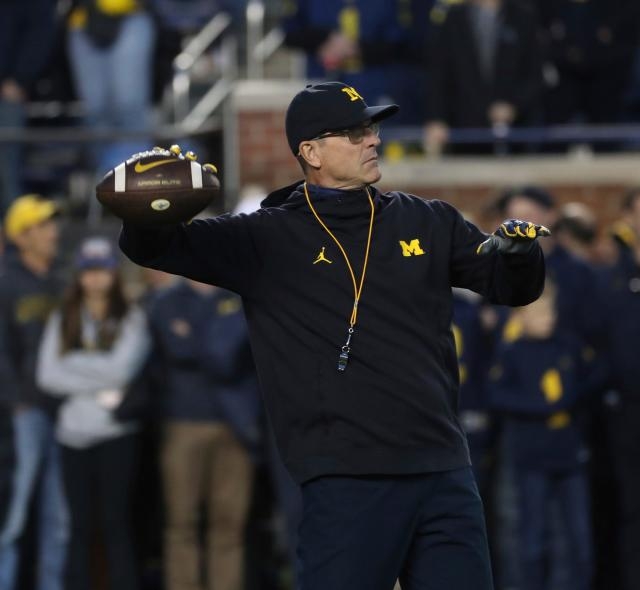 The Michigan and Michigan State rivalry has had plenty of vitriol and dislike over the years. The two school’s fan bases don’t have much love for one another either. And while that type of competitive nature is good for the sport, when it spills over into physical assault following the game, that’s where you draw the line. That’s what happened at the conclusion of Saturday’s matchup between the fierce rivals. In the aftermath of the Wolverines’ convincing 29-7 win, a couple of their players were attacked by a handful of Michigan State players. The attack was caught on video, as everything these days is, and went viral on social media.

Following the attack, Michigan head coach John Harbaugh had this to say.

“Two of our players were assaulted. I saw on the one video. Ten on one. It was pretty bad. It needs to be investigated.”

University of Michigan Deputy Police Chief of Police Melissa Overton, mentioned that an investigation is underway.

“Situations like these, and the safety of the community, are taken very seriously.”

Campus Police Aren’t The Only Ones Looking Into The Situation:

Michigan athletic director Wardel Manuel called what happened completely unacceptable in his remarks. He also let it be known the Big Ten commissioner Kevin Warren who was in attendance would also be looking into it as well.

“What happened after the game was completely unacceptable. I talked to the commissioner. He’s looking into it. The police are looking into it because they’ve seen the video. This is not how what the rivalry should be about. It should not be how it is remembered.”

At no point in time should a rivalry turn physical, and especially in the tunnel leading to the locker rooms. And to see that many Spartans players beating up one Wolverines player is rather disturbing.

In the videos you could hear Tucker trying to get his players into the locker room. Tucker also had his head touched by a fan, whom he took a shot at in the aftermath. The “Big House” was more like the “Mad House” in Ann Arbor on Saturday night.

Tucker had to say on the matter ….

“I know it was a heated game. We were trying to get our guys in the locker room. We’ll have to see what happened.”

Tucker who signed a 10-year, $95M extension last season making him the highest-paid African-American head coach in North American sports histor, reiterated that each school will work “swiftly” with authorities to get to the bottom of the melee.