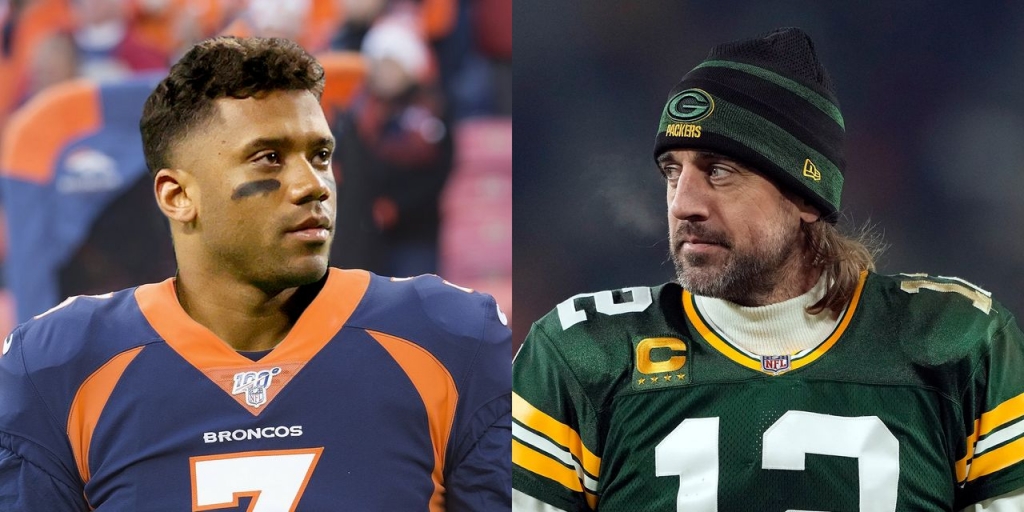 The first seven weeks of the 2022 NFL season haven’t been kind to future Hall of Fame quarterbacks, Tom Brady, Aaron Rodgers and Russell Wilson. Boasting a combined 8-14 record and struggling mightily weekly has become the norm this season. And while Brady, has been going through a very public divorce, Wilson and Rodgers have just been bad and both have seemed to lack accountability for their play.

One person who is tired of Wilson and Rodgers act is former NFL player and 1996 No.1 overall pick Keyshawn Johnson. The outspoken Johnson, believes both have lacked leadership and have been more about their celebrity than leading their teams and playing the position at a high level. During a recent episode of the Keyshawn, JWill and Max Show, Key was talking heavy.


Johnson Is Correct On Both Accounts: Not Earning Those Huge Paychecks

With Rodgers, his on-field body language says he doesn’t look happy playing with his teammates. Then when he talks he does his best to degrade and belittle his Packers teammates at every opportunity. When he talks it sounds as if he thinks he’s better and is definitely not taking any accountability for the team’s struggles. And instead of working to find a solution he just continually takes his teammates to task for any and every miscue.

Wilson, acts as if nothing bothers him. The Broncos are 2-5 and haven’t looked good in any game this season. But when you see how Wilson talks and goes about his business, you’d think the team was 5-2 and a real contender, which couldn’t be the farthest from the truth. In many ways Wilson comes as phony, and in Johnson’s opinion at some point if not already his teammates will grow get tired  of his act.

Rodgers And Wilson Have Their Work Cut Out For Them This Week:

Any hopes of Rodgers and Wilson getting their respective teams back on track this week, don’t look promising. The Packers travel to face the NFL’s top defense in the Bills. Who also have a quarterback named Josh Allen playing at an MVP-level this season. Expect more of Rodgers badgering and belittling teammates after this trip to Buffalo.

As for Wilson, he’s facing a struggling Jaguars defense that has the capabilities to be better. The game is in London and the Jags typically play well across the pond. Wilson will be returning after missing last week’s game, and per reports he was doing exercise in the aisles of the plane as other players slept on the eight-hour flight to Heathrow Airport.

A sign he must be healthy. But as Key stated both need to show leadership, win, lose or draw.