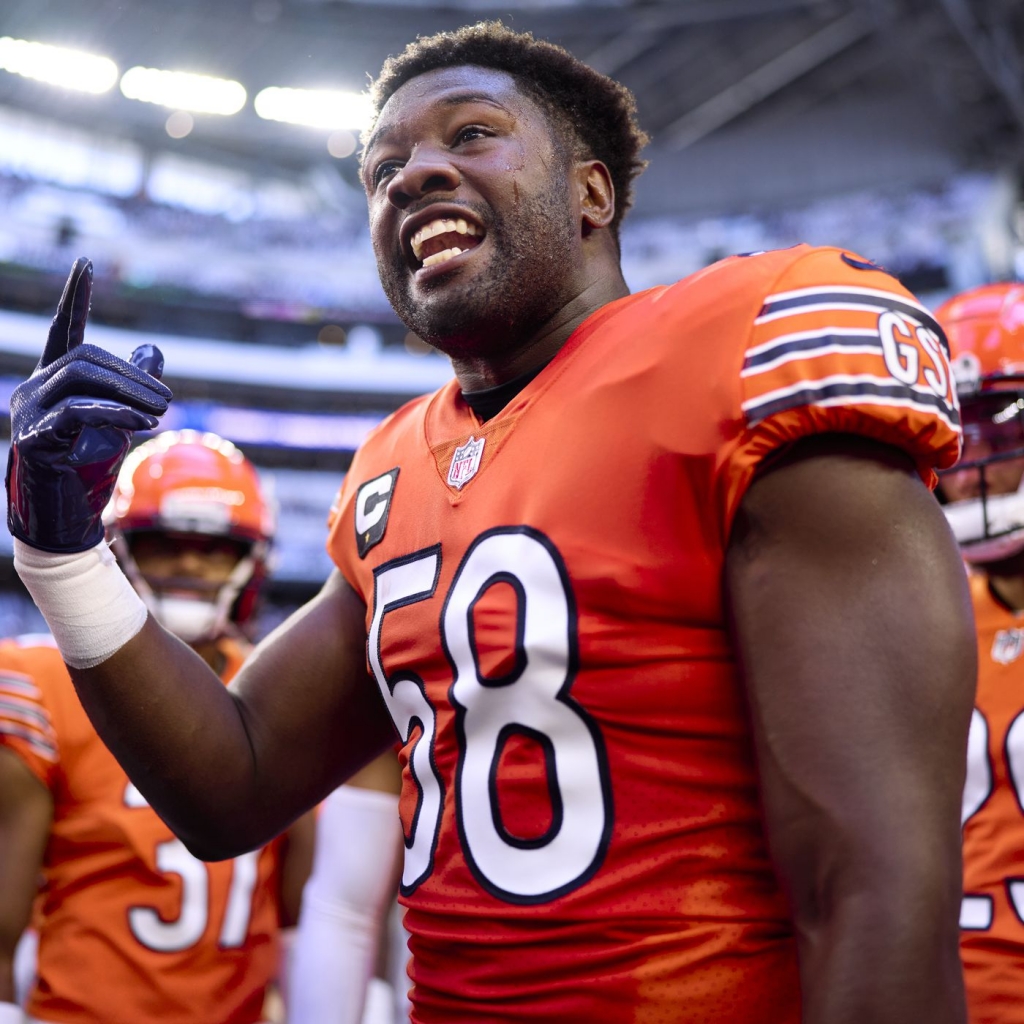 On Monday afternoon the  Baltimore Ravens made a splash move ahead Tuesday’s trade deadline. The team traded for Chicago Bears two-time All-Pro linebacker Roquan Smith. The move is big for a Ravens team that’s struggled in the middle of their defense. Smith leads the league in tackles this season (83), after finishing second in the category last season.

While the trade for Smith is good for a Ravens team that sits at 5-3, and in first place in the AFC North. The hard part will be trying to keep the talented playmaker following this season, as he’ll be an unrestricted free agent looking to cash in on his lengthy, accolade-filled resume.

Smith’s expected massive deal, $17.6 million per season could clash with what the Ravens and quarterback Lamar Jackson do as far as his new deal. As of now Jackson’s play which has been average at-best isn’t helping matters as it pertains to him.

Things between the Bears and Smith soured over the summer when contract negotiations broke down as Smith was seeking a deal to become the league’s highest-paid off-ball linebacker. That’s something Poles wasn’t in agreement with and played a factor in talks breaking down.

Following Smith’s decision to just play out the final year of his contract he told reporters this.

“My number and their number was not the same, and that’s pretty much all I can say on that.”

Smith’s situation sounds a lot like his new QBs situation with the Ravens who refused to give him a fully-guaranteed deal prior to the season.

So now both the quarterback of the offends and defense are playing on the final seasons of their rookie deals. That can be good and bad, as their deals could hinder one another’s if both want to be paid as they do now.

Since his arrival to the league as the No.8 overall selection in the 2018 NFL Draft, Smith was arguably the Bears best defensive player. The former Georgia Bulldogs star, has tallied 600 total tackles, 16.5 sacks, seven interceptions, one forced fumble and one touchdown. From the beginning he upheld the Bears tradition of great middle linebacker, like Dick Butkus, Mike Singletary and Brian Urlacher, three Hall of Famers.

While all of those greats started and finished their careers in the “Windy City,” Smith won’t but he is on the path to Canton himself.